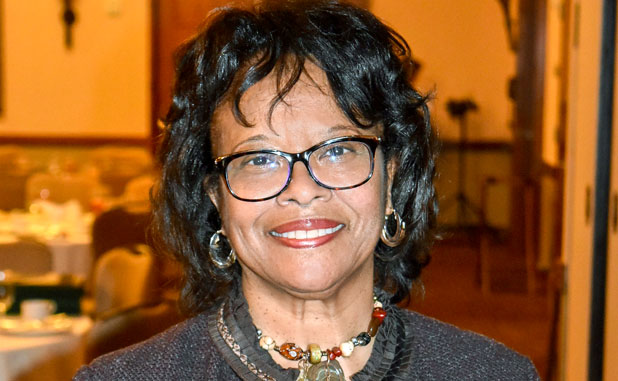 Super heroes took to the podium in early December at Crowne Plaza in Peachtree City for the Fayette Visioning Summit, an event providing an update on moving Fayette County into the future.
With session hosts doubling as super heroes to a backdrop of music from movies about Wonderwoman, Superman and Batman, attendees got a view of the four component areas of the visioning initiative.
Fayette Visioning addresses four key areas which include education, economy, place and community. The annual report contained the goals, successes and indicators for each of the key areas.
“As the chair of Fayette Visioning, I now bestow super powers to all of you. You can harness these superpowers by getting engaged. Attend public meetings, speak out on social media, volunteer to serve on a city or county committee or board and get engaged with one of the many implementation partners, vote in the municipal elections next year or consider running for office,” Fayette Visioning Chairman Larris Marks said to a room full of attendees at the conclusion of the summit.
Attendees at the summit also received an update on the Fayette Chamber’s Strategic Leadership visit to Greenville, S.C. and other cities where they learned about local initiatives in those areas.
Also at the meeting, Fayette County’s local governments provided information on the March 2017 vote on the countywide SPLOST (Special Purpose Local Option Sales Tax).