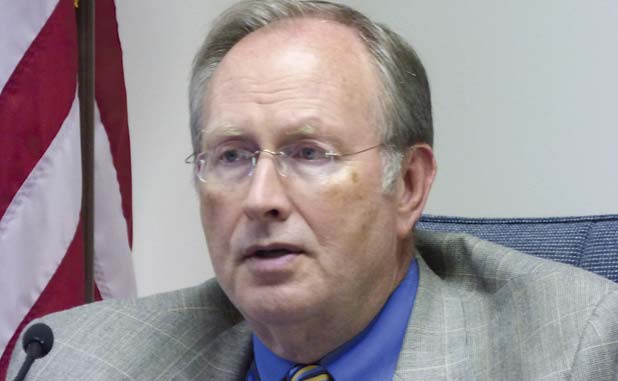 So, who’s going to run the proposed performing arts center?
That would be the Fayette County School System, according to Superintendent Dr. Joseph Barrow, the man who ultimately would be in charge.
Barrow said having the school system be the principal owner has been part of the general discussion.
“There are a variety of ways to be the primary owner and to operate (the center),” Barrow said, explaining that the majority of the expected use would be by the school system and civic uses. “We’re still working through all of that.”
Expanding on the topic, Barrow said the school system, beyond all the local governments, has things in place to meet the operational needs of the center.
“If you look at all the other entities, (the school system) has the infrastructure in place to operate and help maintain the center. We operate 4 million square feet of facilities, we’ve looked at all the aspects of upkeep and maintenance and we’ve done the preliminary projections.”
Barrow said the details have yet to the worked out.
“There are a lot of details yet to be fully worked out and finalized,” Barrow said, adding that there has been talk of having an intergovernmental agreement and creating a 501(c)(3) nonprofit. [See nearby story.]
Another aspect of the arts center proposal deals with local government SPLOST funding, of which the municipalities and the county — assuming commissioners agree and voters approve — will provide $7.75 million of the estimated $40 million needed to build the project.
The school system under the current proposal would contribute $6.5 million on top of the other governments’ $7.75 million. Barrow said the school board previously approved the transfer of $5 million in operating reserves into the capital project fund which would be to cover much of the cost. He said the board could transfer another $1.5 million if needed.
“The other $1.5 million can be pulled out of reserves, but we may not have to have (the entire) $6.5 million,” said Barrow. “It depends on the final project cost.”
Barrow emphasized that, to date, the school board has not approved any funds to go specifically toward the cost of an arts center.
The idea for a performing arts center first surfaced publicly at the March 7 meeting of the Fayette County Board of Education, with staff providing input on what such a center would look like. Chairman Marion Key at the meeting said the idea of such a center originated years earlier.
It was on April 11 that a group of local government and business leaders from around Fayette County met to hear Barrow present and provide input on the idea of a “public/private world-class performing arts center” for which a commitment for $20 million, approximately half the needed cost, had been made from private sources.
Barrow at the outset of the April 11 meeting said that such a center should should serve all age groups throughout the county. He noted the idea of the center being a result of a public/private partnership.
Barrow suggested that such a center could also attract Broadway plays, the Atlanta Symphony Orchestra, big-budget movie premiers and a host of other events.
“This could pay huge dividends for our community, including interfacing with the Georgia Film Academy,” Barrow said.
Though the school system is near the middle of the current ESPLOST (education special purpose local option sales tax), a project such as the arts center was not identified when the ESPLOST passed. That special education tax took effect in mid-2014 and was expected to raise $100 million for the school system.
The proposed performing arts center project plans will be unveiled for the first time at the July 14 meeting of the Fayette County Commission.
Information from the county pertaining to the July 14 meeting provided some of the details of the proposed project. Approximately 20 percent of the estimated $40 million project would come from a general county-wide SPLOST (special purpose local option sales tax) revenues from the county and municipalities ($7.75 million), assuming commissioners approve the county’s share, agree to have the issue put on the November ballot and voters approve the initiative.
Adding that to the school system’s initial investment of $6.5 million from system reserves brings the total local tax money to nearly 36 percent of the projected cost of the facility that would anchor the privately funded Pinewood Forrest real estate development.
Half the estimated amount needed for the arts center project, $20 million, was committed months age from a private source, so far not officially identified but widely believed to be Fayette resident and Chick-fil-A CEO Dan Cathy, who also is a lead investor in the Pinewood Forrest development.
Information provided by the county stated that the school board would be the principal owner and user of the facility and would have the ultimate responsibility of covering any shortfall from operation of the arts center.
To put it in business terms, if the center spent more than it took in from rental of the facility, the board of education — and ultimately, Fayette County taxpayers — would be obligated to cover the losses.