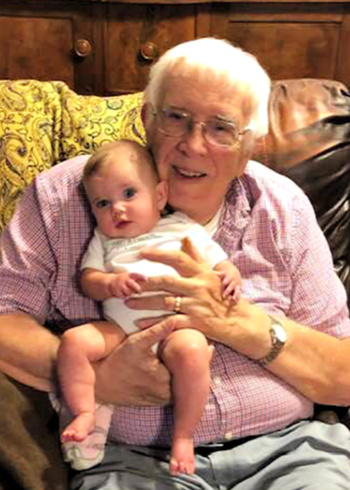 Upon earning his bachelor’s degree in 1958 Dr. Todd began his career as a teacher and counselor at Thomson High School in Thomson, Georgia. In 1963, he became the Dean of Boys at Waycross High School in Waycross, Georgia, and then in 1965 Dr. Todd started work at the Georgia Department of Education in Atlanta as a Consultant, Guidance Counseling and Testing and the Director for Student Personnel Services in Area Vocational Technical Schools. In 1969, Dr. Todd served for the next eleven years at Savannah-Chatham Public Schools in Savannah beginning as the Director, Guidance and Special Education, K-12 and advancing to the Administrative Assistant to the Superintendent and then the Assistant Superintendent, Instructional Services, K-12. In 1980 he served the Fayette community for many years as the Director of Secondary Education for the Fayette County Schools.

Funeral services will be held at 2:00 PM on Saturday, January 4, 2019, at Fayetteville First Baptist Church, Fayetteville with Reverend Glenn Stringham officiating. The family will receive friends from 12:00 – 2:00 PM prior to the service at the church. Burial will follow at Antioch Baptist Church Cemetery, Claxton, Georgia.

In lieu of flowers, the family request donations be made to Children’s Healthcare of Atlanta, https://www.choa.org/ or St. Jude Children’s Research Hospital, https://www.stjude.org/.