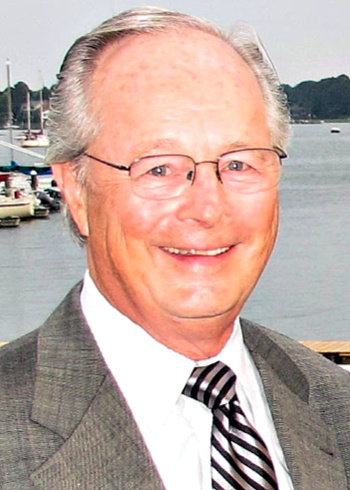 Joseph A. “Joe” Henebry III (77) of Peachtree City, Georgia, passed away in his home on December 27, 2019, surrounded by family. He is survived by his loving wife of over 44 years, Diane Koltes Henebry; sons Brian Henebry of Boise, Idaho (wife Mandy), Bobby Henebry of Decatur, Georgia, and Andrew Henebry of Virginia Beach (wife Miriam). Joe was the eldest of six children.

Joe was born in Chicago, Illinois, and spent the first three years of life in Plainfield and Springfield, Illinois, with his mother and grandparents while his father served in the South Pacific during WWII. He grew up in Park Ridge, Illinois, where his father, Joe, and Uncle John started Skymotive, Inc. at nearby Orchard Field (renamed O’Hare Field in 1949). He attended Notre Dame High School in Niles, Illinois, Marquette University, and Bellarmine College.

Joe was drafted to the Army in 1964, assigned to aircraft mechanic’s school, “and earned an all-expense paid 28-day cruise…” (Joe’s humor) to Qui Nhon, South Vietnam in August of 1965.  During his 13-month tour, he helped maintain a fleet of 32 DeHaviland Caribou Transport aircraft that were used by the Army to support and replenish dozens of Special Forces & 1st Cav bases throughout the Central Highlands. They also recovered U.S. aircraft shot down in remote locations.

By the end of his tour, Joe had been promoted three times, lost 55 lbs. and weighed 110 pounds. When his papers finally came through for flight school, he chose not to accept the offer and return to Vietnam. Instead, in October of 1966 he was assigned to the 705th Bn of the 5th Infantry Division at Ft. Carson, Colorado, where he completed his military commitment and received an Honorable Discharge.

He next enrolled in Embry-Riddle Aeronautical University in Daytona Beach, Florida in January of 1968 to pursue FAA Certification as an Airframe & Powerplant Mechanic.  In October, Delta Air Lines recruited Joe as a mechanic, and he moved to Atlanta.

In 1992 Joe was promoted to the first of four different Director positions in the Delta Tech Ops Division.  He served as Director-Aircraft, Engine & Component Maintenance; Director of Compliance & Quality Assurance; Director of Maintenance Operations; and Director of Aircraft Maintenance-Hangar. He retired from Delta in October of 2000 after a 32-year career.

His wife describes Joe as a man of integrity, wit, and always ready to help someone advance in career and life.  He never complained and had an uncanny ability to get to the heart of a problem and solve it.  Some favorite quotes Joe lived by:

Contributions can be made in memoriam of Joseph A. “Joe” Henebry, III, to the Gary Sinise Foundation for Veterans, www.garysinisefoundation.org, or to the Stephen Siller Tunnel To Towers Foundation, www.tunnel2towers.org.