Eighteen staff members from McIntosh High School’s student media groups, the McIntosh Trail student news site and the Legend yearbook staff attended the Georgia Scholastic Press Association’s Fall Conference on Sept. 19 at the Classic Center on the University of Georgia campus. More than 900 student journalists from around the state attended the conference.

Eight MHS students entered the “on the spot” photography contest, where students take a picture with a theme they were given and they would go out on to the UGA campus to find and take photos of things that correlate with the theme. There were 33 entries overall, and two students from McIntosh won second place and Honorable Mention out of those.

“I am exceptionally proud of all the Mcintosh Student Media photojournalists who entered the contest,” Shanon Woolf, adviser and journalism teacher, said. “Some of the kids were, on day one, afraid of the cameras, but they are now shooting strong, storytelling images in a fearless way.”

“The photo was really kind of a spur of a moment,” Lee said. I hadn’t planned on taking a picture like that at first. I liked having the opportunity to take this picture and am really excited that I won second place.”

“The idea of the picture came to me as I remembered a photo I was trying to create,” White said. “Thanks to my good friend, Aspen Ricca, for posing on the railing for more than thirty seconds!”

In addition to the state awards, the MHS Legend yearbook was awarded a First-Class rating from The National Scholastic Press Association for their 2019 book, Stand Out.

NSPA is a non-profit educational association that provides journalism education services to students, teachers, media advisers and others throughout the United States and in other countries. One of those resources is a judges’ critique and rating of the design, writing, photography and coverage of the book. Creating the 2019 book was an exceptional task for the staff.

“Last year was a very hectic year for the yearbook staff,” Rachel Edge, 2020 Legend Design Editor and senior, said. “We were all new to the staff… Not one person on the staff knew what they were doing or how to make a yearbook when they walked into the room on the first day of school.”

The twenty-six members of the 2019 Legend staff had to learn what a yearbook is, and to create a yearbook while they were actively creating one. Learning to take pictures, plan layouts and learn graphic design, and how to write and tell stories in a journalistic style.

“We published a book with no experience. I’m super proud of not only being able to call myself a member of the staff but what we pulled off in nine months. The 2019 Yearbook Stand Out has won awards and because of that I couldn’t be prouder of last year’s staff!” Edge said.

“We learned the basics last year, and this year we’re only improving,” said Editor in Chief Jaylen Smith. “(This year) we have an editorial board, a marketing team and a new style of workflow. The Legend can only go up from here!” 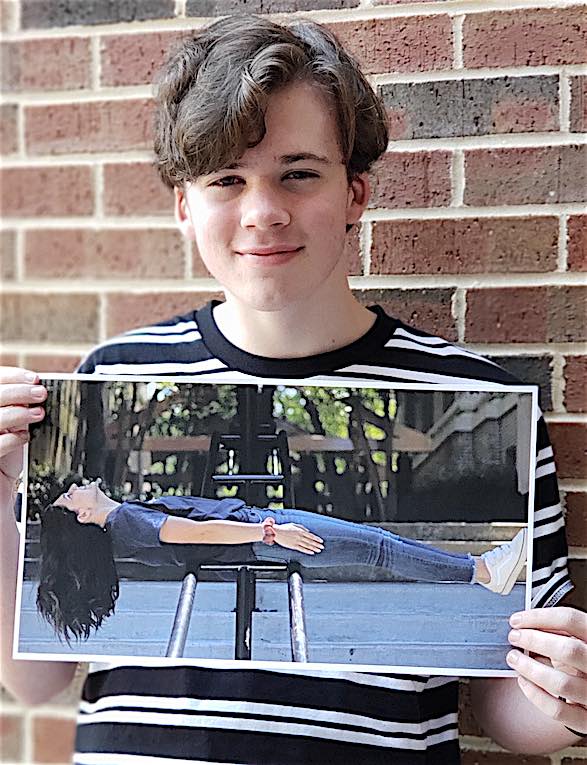 State studies taxing you on how many miles you drive