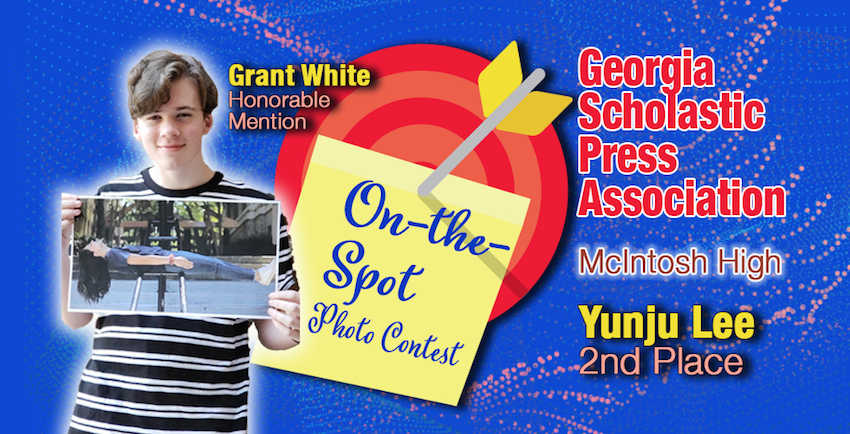 Photographers for the “McIntosh Trail” news site and the “Legends” yearbook at McIntosh High School received top awards for an “On-the-Spot” photography contest they entered while attending the 2019 Georgia Scholastic Press Association’s fall conference held at The Classic Center on the campus of the University of Georgia in September.

The contest challenged students to scour the campus of the university or downtown Athens to take photos of objects that correlated to the theme, “Intersect.” A total of 33 students from around the state entered the competition, eight of them were from McIntosh High. Being that Lee’s and Grant’s photos finished in the top four, they are showcased on the Georgia Scholastic Press Association’s website.

Yearbook advisor and journalism teacher Shanon Woolf says she is exceptionally proud of all of the students who entered the photography competition.

“Some of the kids were, on day one, afraid of cameras, but they are now shooting strong, storytelling images in a fearless way,” she adds.

Grant White shows off his honorable mention winning photo from the “On-the-Spot” photography contest he entered during the 2019 Georgia Scholastic Press Association’s fall conference. He gives a special thank you to his friend, Aspen Ricca, for posing on the railing for more than 30 seconds.