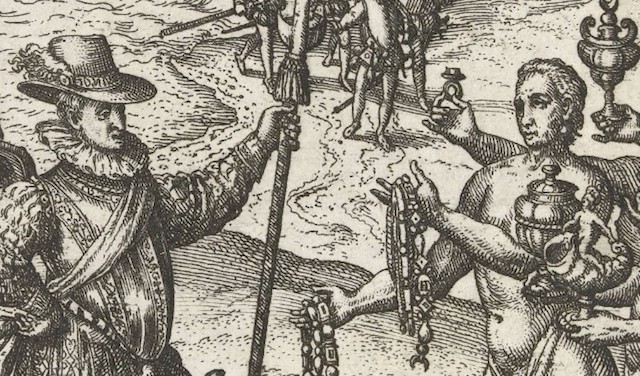 The presentation is free to members and the public. Barbara Kawulich, Ph.D., will discuss land fraud and the Creeks before Indian removal from Georgia in the early 1800s.

Kawulich is a professor in the College of Education’s Department of Educational Technology and Foundations at the University of West Georgia. Her interests include evaluation and research methodology, particularly qualitative methodologies, and issues of interest to indigenous women.

Kawulich says that she has spent years studying Creek women because they are a group that has been traditionally overlooked.

“You read that these women were immature and immodest, and I wanted to refute that,” said Kawulich.

In fact, Creek women have “sown the seeds of culture,” she said.

“Today Creek women are the backbone of the Muscogee Creek Nation,” she said. “They are responsible for continuing the culture.”

One of the symbols of the tribe is the turtle, she said.

“That means good luck in Creek culture, but it is also a symbol of the women, because they wear turtle shells around their calves when they are dancing,” she said.

She said many people don’t understand that the early Creek Nation was really a confederacy of various remnants of earlier tribes.

“It was not one nation. It was a confederacy of independent chiefdoms,” she said. “There were 60 to 70 different towns.”

It was a matrilineal society, rather than a patrilineal one, like that of the Europeans, she said.

“The children belonged to the mother, and clans were grouped through the matrilineal lines,” said Kawulich. “And just because the women didn’t serve as chiefs doesn’t mean that they didn’t have power behind the scenes.”

The earliest written accounts of the people who later joined the Creek confederacy are recorded in the journals kept by the Hernando DeSoto expedition, she said.

“Those early encounters occurred in the 1500s,” said Kawulich. “Women are rarely mentioned throughout history, but this is one of the most well-documented expeditions.”

Among famous Creek women from Georgia history is Mary Musgrove. She was “one of the most well-known women in Creek culture,” according to Kawulich.

In 1733, Musgrove began to serve as a translator for newly arrived Georgia Governor James Edward Oglethorpe, which she did for a number of years.

Among published work, Kawulich co-edited “Teaching Research Methods in the Social Sciences” and “Doing Social Research: A Global Context” with Drs. Claire Wagner (University of Pretoria) and Mark Garner (University of Aberdeen) and has numerous articles in such journals as Advancing Women in Leadership, Journal of Research in Education, Journal of STEM Education, Studies in Higher Education, Qualitative Sociology Review, Field Methods Journal, and Forum: Qualitative Social Research, among others.

She and her co-authors are pursuing further research in the area of gaps in the literature on learning and teaching research methodology.

Kawulich recently served as a visiting professor at the University of Pretoria (South Africa), where she gave several lectures related to reflexivity, qualitative research methods, and blended learning.