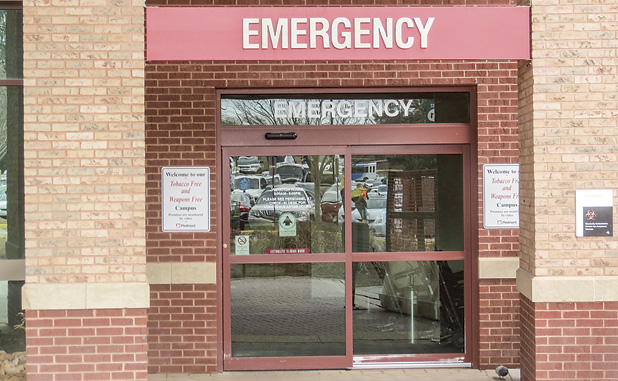 Eleventh-hour negotiations between health insurance giant United HealthCare and Piedmont hospitals — including Piedmont Fayette Hospital in Fayetteville — have stalled with no agreement in sight and no new contract, according to a news release from United Thursday night.

Many employees of the Fayette County School System and Delta Air Lines have health insurance with United, placing them at risk of higher costs associated with Piedmont being designated an out-of-network provider.

United made the announcement in an email to The Citizen Thursday night:

“Piedmont Healthcare’s contract with UnitedHealthcare will expire at midnight on June 30, 2016, and they will no longer be an in-network provider for commercial health plans as of July 1, 2016.

“Piedmont wants to raise costs by nearly 30 percent at its hospitals over the next three years without committing to performance measures that emphasize quality care, paying for improved outcomes, and lower costs. That kind of increase is unfair to Georgia customers and has made it difficult to reach a compromise on a new agreement,” according to Keely A. Brenno of United HealthCare Corporate Communications.

“UnitedHealthcare remains focused on ensuring its members have continued access to the care they need while putting continuity of care plans in place for eligible individuals currently being treated by a Piedmont physician or at a Piedmont facility.

“Both organizations have committed to continuing discussions next week, and UnitedHealthcare’s goal remains to find an acceptable solution that would renew in-network access to the health system’s hospitals and physicians while providing fair and competitive rate increases for the important services they provide.

“Members can find more information, including FAQs, maps of alternate hospitals, and continuity of care forms, at www.uhc.com/uhc-piedmont,” Brenno said in the email.

“Today, after many months of earnest negotiations with UnitedHealthcare, all Piedmont Healthcare facilities (with the exception of Piedmont Newton Hospital) and Piedmont Clinic physicians became out-of-network providers for patients insured by UnitedHealthcare. It is important to know this does not affect our patients with United Medicare, Medicare Supplemental or Medicare Advantage health plans.

We understand this situation is frustrating and we remain fully committed to working with our patients to ensure they have access to the care they need with local physicians and staff at Piedmont. We recommend patients insured by UnitedHealthcare who currently are pregnant or undergoing treatment check for eligibility and apply for Continuity of Care, which may temporarily extend in-network access to Piedmont facilities and Piedmont Clinic physicians. The deadline to apply is July 30, 2016.”

“This certainly is not the outcome we wanted. We would like to continue our long-standing relationship with UnitedHealthcare but we must ensure we are equipped to continue providing great care and share the responsibility to do what is best for our patients. We urge UnitedHealthcare to engage in good-faith negotiations with us to reach a fair and equitable agreement that allows members of our community in-network access to Piedmont facilities and Piedmont Clinic physicians that they know and trust.

Contract renewal down to the wire for Piedmont, United Healthcare; no deal could put local hospital out of network for many in Fayette

July 1 could be a day of reckoning for thousands of Piedmont Hospital customers who use the hospital system’s network of healthcare providers.

If a contract is not reached by Friday, thousands of residents, including Delta employees and Fayette County School System employees would then see Piedmont listed as an out of network provider. That would mean significantly higher medical bills for using the local facility for those with United Healthcare insurance.

“Piedmont Healthcare has been in negotiations with UnitedHealthcare for a commercial contract expiring June 30, 2016 that covers services provided at our facilities and by Piedmont Clinic physicians. There has been no movement in negotiations and, as a result, we likely will go out of network with United beginning July 1. We understand this is difficult for patients, which is why we began conversations with United in November, 2015 in hopes a new contract would be in place well ahead of time to avoid any chance of disruption in patient care. For the latest information, visit keeppiedmont.org,” wrote Piedmont spokesman Michael Boylan.

On the website, Piedmont also explained the reason for the dispute.

“Contract negotiations between healthcare providers and health insurance companies are a normal and routine part of business to ensure our sustainability as a high-quality provider of care. These discussions also make sure that Piedmont and insurance companies are appropriately sharing responsibility for supporting and improving healthcare in Georgia, efforts that our patients, and their plan members, expect and deserve.” — JOHN THOMPSON