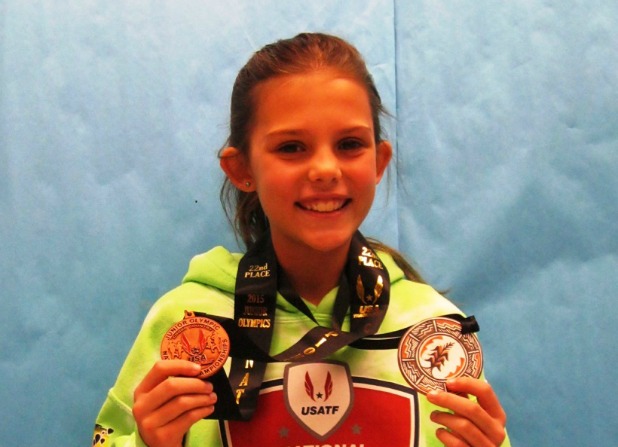 Running a 3K race along with more than 300 athletes from across the nation, she finished 22nd in her age group (9-10 girls) and earned an All-American spot, which is given to the top 25 finishers.

This was her fourth year competing in the Junior Olympics.