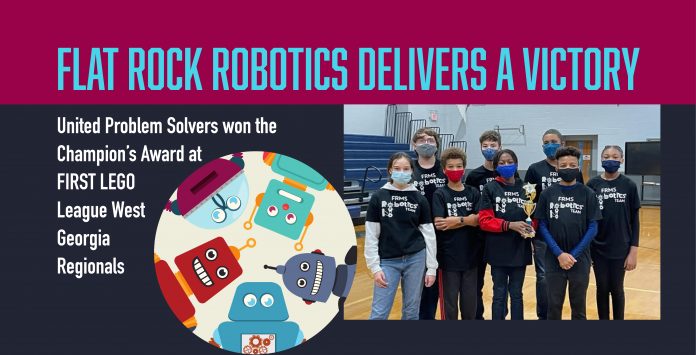 This year’s FLL theme was Cargo Connect, and teams were tasked with solving a problem related to the transportation or delivery of products. To win the Champion’s Award a team must showcase a solution to the season’s themed problem, demonstrate FIRST’s core values, clearly explain their robot design and game strategy, and successfully compete in the 2.5-minute robot game.

Team UPS will advance to FLL’s Super-Regionals competition this January.