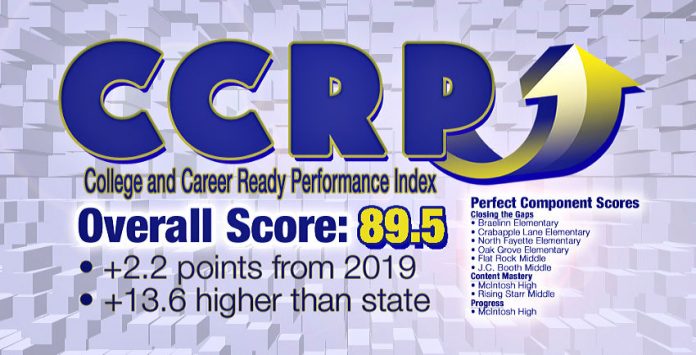 While the state saw an overall drop in the 2019 College and Career Ready Performance Index (CCRPI), Fayette’s overall score increased.

CCRPI scores are based on five separate components – Content Mastery, Progress, Closing Gaps, Readiness and, for high schools, Graduation Rate. The CCRPI score is based on a 100-point scale.

Some Fayette County schools earned prefect scores on three of the five components.