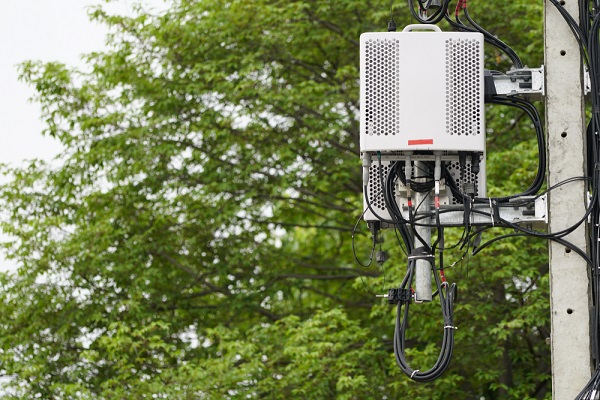 The coming of “small cell” wireless antennas after winning state approval earlier this year was met Sept. 26 with the unanimous adoption of an ordinance by the Fayette County Commission that will regulate the placement of the antennas in county right-of-way.

County staff said the requested ordinance is in response to Senate Bill 66 (Georgia Streamlining Wireless Facilities and Antennas), which was passed by the General Assembly in March 2019 and significantly restricts the county’s ability to regulate small cells in rights-of-way. The ordinance is based on a model ordinance developed by the Georgia Municipal Association and endorsed by Association of County Commissioners of Georgia.

According to rfpage.com, “Small cells are low power, short range wireless transmission systems (base stations) to cover a small geographical area or indoor/outdoor applications. However, small cells have all the basic characteristics of a conventional base stations and are capable of handling high data rate for individual users. In LTE (wireless) advanced and 5G deployments, small cells will play a significant role to efficiently deliver high speed mobile broadband and other low latency applications.”

“This is in response to a growing demand for that, plus the state law that was recently passed,” said Mallon. “I believe (the ordinance) provides all the protections we can, per state law, to protect ourselves.”

The ordinance notes that new, modified or replacement poles installed in the right-of-way in a historic district and in area zoned primarily for residential use will not exceed 50 feet above ground level.

Among the ordinance provisions – each new, modified or replacement pole installed in the right-of-way that is not in a historic district or in an area zoned primarily for residential will not exceed 50 feet above ground level or 10 feet higher above ground level than the tallest existing pole in the same public right-of-way in place as of Jan. 1, 2019 and located within 500 feet of the new proposed pole.

Commenting on the ordinance, county attorney Dennis Davenport said, “The (ordinance) is adopting the state law. The reason we’re asking you to do this is, there’s some flexibility for the county and/or city governments so if they adopt an ordinance, they are able charge a permit fee and also to have a little bit of internal regulation. Not a lot, but some. If you don’t adopt an ordinance you get none.”