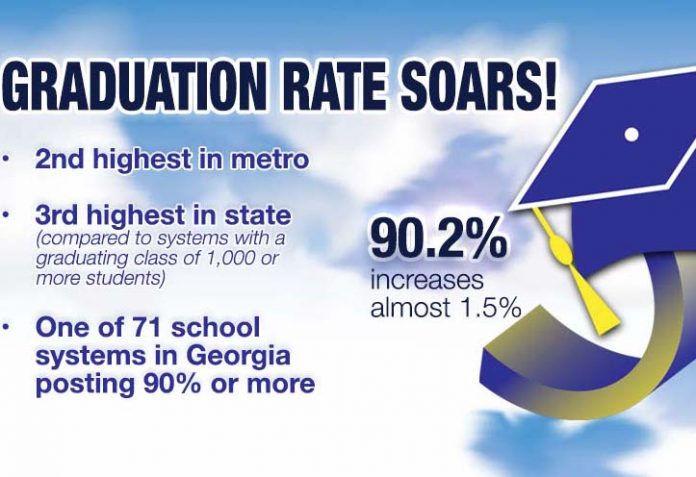 The school system has the third highest graduation rate in the state compared to other systems with a graduating class of 1,000 or more students, and is among 71 Georgia school systems that recorded rates at or above 90 percent.

Additionally, Fayette posted the second highest graduation rate out of all the metro Atlanta county school systems, and its rate is well above the state’s 82 percent.

Fayette County High School had the largest graduation rate increase of all of the county’s high schools, jumping to 84.43 percent from 81.4 percent in 2018, that is just over a 3 percent increase.

McIntosh High School posted the second greatest increase with 93.93 percent compared to last year’s 91.7 percent, an increase of over 2 percent.

McIntosh has the highest graduation rate in the county with Starr’s Mill High School close behind with a rate of 93.82 percent, the third highest increase in the county compared to last year’s rate of 92.1 percent.