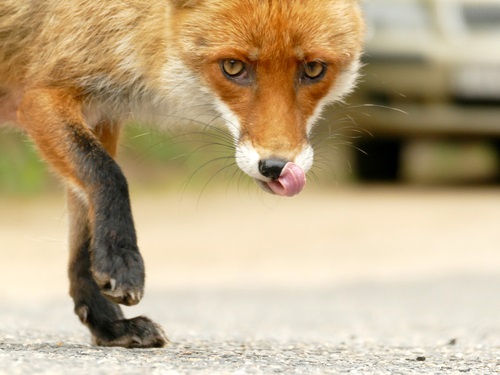 Fayette County government is urging residents to use caution when encountering foxes, as two that were recently sighted tested positive for rabies.

Citizens should be aware of their surroundings when it comes to wild animals. In the past month there have been two incidents were people have been bitten by a fox. One incident occurred in Peachtree City and the other in Tyrone. One fox was captured at the scene and the other was found later in the day. Both were sent to the Ga. State Health Lab and both tested positive for rabies, said Deputy County Clerk Marlena Edwards.

Fayette County Animal Control wants citizens who own pets to know that all pets should be vaccinated for rabies to protect the animal and to be in compliance with state law, said Edwards.

Citizens are cautioned to be aware of wild animals in the area but not to approach them.

Fox or wild animal sightings can be reported to Fayette County Animal Control for investigation at 770-631-7210 or to your local law enforcement agency.

2 Black women on short list for next Fayette Superior Court...