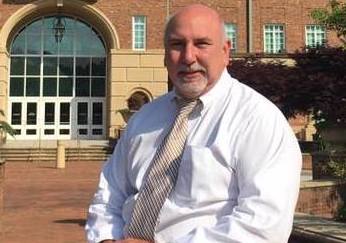 Two months ago Eric Maxwell was not even a member of the Fayette County Board of Commissioners.

For the next year he will be its chairman.

Maxwell was elected to that post by his peers during Thursday night’s organizational meeting, with Randy Ognio named vice chairman for 2017. Maxwell was nominated by Steve Brown, who said out loud during the nominating process that he did not want to be chairman.

Charles Rousseau nominated Charles Oddo, who has been chairman the past two years. Oddo nominated Ognio, after which Brown said, “I don’t want it,” and moved to close the nominations.

Brown then moved to appoint Maxwell to the chairman’s seat, and that motion passed by a 3-2 vote with Oddo and Ognio voting against.

Ognio and Oddo were nominated for vice chairman. Rousseau’s motion to appoint Oddo failed to garner a second, after which Brown moved to appoint Ognio and it passed 5-0.