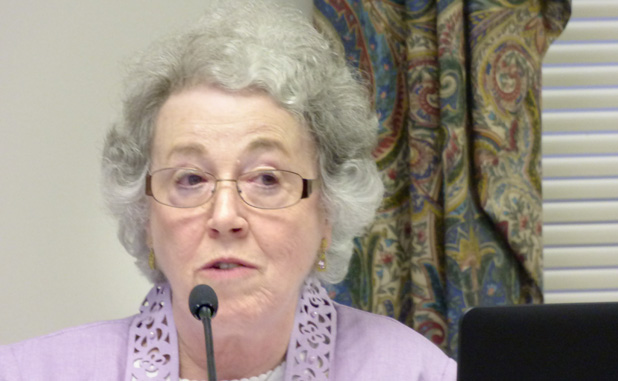 The FY 2017 budget for the Fayette County School System was tentatively adopted June 6 on a 4-1 vote. The final figure is $192.8 million, a decrease of more than $1 million over the preliminary total a month ago.

That compares to this year’s budget of $184 million, a year-to-year increase of $8.8 million.

Meantime, the numbers of children in Fayette public school classrooms continue a decade-long decline. For the school year just ended, the system counted 20,093 students, while for the upcoming school year, the system is projecting that 19,646 students will show up in August. That’s another another decrease — this time 447 fewer students, almost the equivalent of an elementary school.

The Fayette County Board of Education tentatively adopted the $192,831,514 budget for the school year beginning in July. The budget will be formally adopted on June 20.

Chairman Marion Key was the lone opposing vote. Key during the discussion said she had not seen some of the information on the staffing of positions such as clerical staff and questioned why some clerks at the Lafayette Education Center were listed at 8 hours per day while others at schools were listed at 7.5 hours.

The preliminary budget presented in mid-May totaled $194 million. That compares to the current $184 million budget for year ending June 30.

Superintendent Joseph Barrow said the difference in the budget total from last month, essentially $1 million, came after finance staff reviewed the figures and made cuts from numerous budget categories.

The new budget comes with the addition of 67 full-time equivalent positions. Those include teachers and parapros and one administrator. Those additions come with a $3.375 million price tag.

The board on May 15 essentially agreed with a previous proposal to add another 11 positions with a price tag totaling $742,700, including benefits.

For FY 2017, revenues are expected to be $192 million while expenditures will be $192.8 million. The difference will come from the fund balance on June 30.

Approximately $8.2 million of the FY 2017 increase will come in the form of 3 percent cost-of-living increases, salaries and benefits and new positions.

Of the revenues, nearly $97 million is expected to come from local sources such as property taxes while $93.8 million will come from state sources.