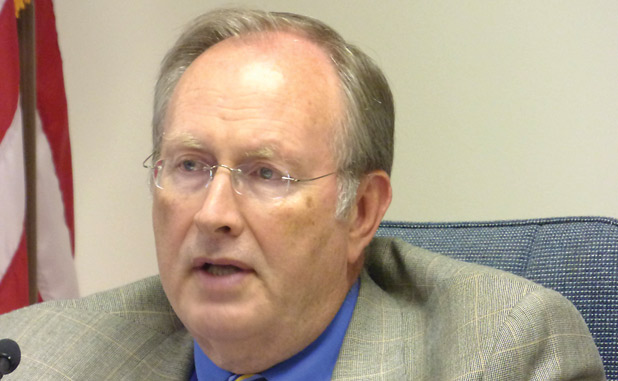 That’s how Superintendent Dr. Joseph Barrow described incendiary charges contained in a letter to the editor by Fayetteville Councilwoman Kathleen Brewer that was critical of the Fayette County School System.

His letter appears here. As reported in a nearby story, Brewer asserted at a recent City Council meeting that Fayetteville finds it difficult to attract well-educated parents due to the schools inside the city all being Title 1 schools. Her complete letter is here.

“Why are our schools not the same as they were 10-15 years ago? Through an email outreach and talking with citizens, I discovered one common negative denominator was the fact that every school within the City of Fayetteville limits has become a Title 1 School except for Fayette High,” Brewer said, adding that Fayette County High meets Title 1 requirements but is not named as such by the Fayette County Board of Education due to the “bad stigma associated with” such a designation.

Brewer said the Title 1 designation deals with the ability of school children to receive free or reduced meals.

Barrow in his lengthy response said, “There are a total of nine Title I schools in the Fayette County School District and 12 eligible schools for Title I designation. The U.S. Department of Education and the Georgia Department of Education award Title I allocations to states and districts based on a statistical model that includes information from the Census Community Survey and the last decennial census, administrative records taken from federal income tax returns and the Supplemental Nutrition Assistance Program, data on Supplemental Security Income recipients and economic data from the Bureau of Economic Analysis. The district allocates Title I Funds to schools based on the free and reduced ranking.”

Barrow went on to say that not having a Title 1 designation does not mean that a school does not have students who qualify for free or reduced-price meals.

Barrow said schools may qualify for the federal Title 1 if the school is above the district’s free and reduced average of 26 percent. The district receives funding based on the district’s entire population, not individual schools, said Barrow.

In terms of Brewer’s financial analysis, Barrow said, “Ms. Brewer references in her letter to the editor seems to look at the aggregate data of all households in Fayetteville, not just the families who have children in Fayette County Schools. Through the Fayette Visioning Project data, it has been well-documented that we live in an affluent community; however, many of the households that have school-age children do not enjoy a commensurate income level as many of the county’s more prosperous households.

“Parents have the responsibility for determining what is best for their individual child(ren), so we will not speculate on the reasons for those educational decisions; however, we can review this data by current attendance zones. Ironically, the contention by Ms. Brewer that parents want their children to attend Peachtree City or non-Title I schools is not supported by the data. Instead, our data suggests we have more students in non-title schools who choose a different educational option.”

As for substantiating who is eligible for free or reduced meals, Barrow said the district does have a verification process for evaluating free and reduced meal priced applications.

“We verify based on a percentage of non-response rate from the prior year that is based on a random selection pulled from our computer software system. The Eligibility Manual for School Meals provided by USDA (U.S. Dept. of Agriculture) as a guide for processing meal applications states, ‘schools must not verify more than or less than the standard sample size, and must not verify all 100 percent of the applications.’”

Barrow said USDA does allow school systems to verify an application for cause.

Pertaining to Brewer’s assertion that fraud is at play and that the issue is not racial since there are black parents moving their children out of public schools, Barrow said, “To infer that the school district is ‘trying to get more Title I money’ is patently false. The Fayette County School system and Board of Education are audited by both state and external auditors on an annual basis and consistently receives very high ratings on our fiduciary responsibilities. We do concur the issue of ‘race’ should not be a factor, but Ms. Brewer’s correspondence does seem to make a distinction about ‘class.’ As a public school system, we are compelled by law to accept and educate all Fayette County students regardless of race, color, creed, religion or economic standing. Not to do so would be discriminatory and violate federal statutes.”

“The Fayette County School System does have strong out of county residency procedures in place where school social workers and School Resource Officers work to verify residency to insure students who attend any Fayette County school is indeed a resident of the county. We do periodically receive contact from residents when there is suspicion of false residency status,” Barrow said. “A Fayette County resident can call our Student Services Department, at 770-460-3990, to report this activity.”

Summing up his perspective, Barrow said “the concerns council member Brewer has expressed are at times inaccurate or lacking clarity.”

“Nevertheless, there are some real concerns for Fayetteville and Fayette County at large,” said Barrow. ”In her attempt to find a solution to these concerns, she seems to infer the school district is at fault rather than being one of the positive solutions that enhances the quality of Fayetteville and the county at large. The Fayette County School District is a reflection of the community it serves. As opposed to placing the burden at the feet of the school system, our community at large should pull together and look at how the leadership can improve community development as a whole.”