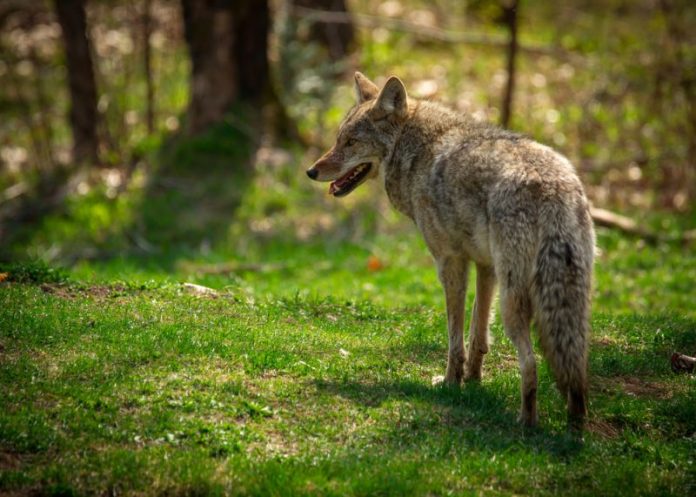 Peachtree City Clerk Betsy Tyler shared some key information regarding a recent alert for citizens to be aware of the presence of various kinds of wildlife in the area, even alligators.

“This month there have been some reports of an alligator spotted in Flat Creek at the southern end of Peachtree City,” said Tyler, noting the April 5 spotting of a 6-foot gator. “Peachtree City’s acres of wooded greenbelts, streams, lakes and ponds provide habitat for a wide variety of local wildlife. Residents should always use caution and be aware that wild animals should be left alone. Several local natives can also carry rabies, including bats, skunks, raccoons and foxes. Coyotes can prey on smaller dogs and cats. Some local snakes, such as water moccasins, are venomous (and it is illegal to kill non-venomous snakes in Georgia).”

Tyler offered advise vor residents who live or play near any of Peachtree City’s lakes or ponds and along the paths are reminded of the following wildlife safety tips that apply year-round:

• Leave wildlife alone when you encounter it.

• Never feed wild animals (including ducks and geese). It reduces their natural fear of humans. Keep garbage cans covered with secured lids, and do not leave pet food containers outside at night.

• Make sure pets have the mandated rabies vaccines and keep them up to date.

• If you see a normally nocturnal creature (bat, skunk, raccoon, or fox) wandering around in the daytime, avoid it.

• If your pet is attacked and bitten by a wild animal, immediately take it to the veterinarian.

• If a wild animal approaches you or acts aggressively, call 911.

• If you swim in streams, ponds, or lakes (swimming is prohibited in Lake Kedron and Lake McIntosh), swim only during daylight hours.

• Pay attention when out on the paths. Avoid vegetation-filled areas along streams, lakes, and other bodies of water that can host alligators, snakes, and a variety of wildlife.

• Never allow small children to play unattended near water – watch them closely at all times. Wild animals are not the only hazards, and a small child can drown quickly.

• Keep an eye on pets and keep them out of dense undergrowth along the paths and in yards – these areas can harbor snakes and other animals dangerous to your pet, which will be naturally curious about anything unusual that it may find.