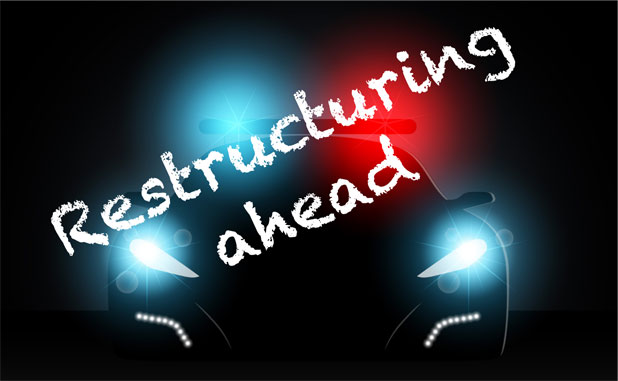 The Fayetteville Police Department may be in for a shake-up after a critical report was delivered to the City Council in open session April 5.

In a letter to the editor on Page A4 of the print edition, City Manager Ray Gibson (photo, below at left) said the city is moving forward on the recommendations. 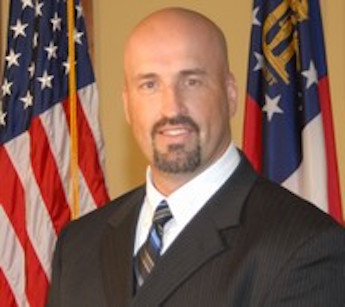 “The city is confident that the assessment, presented to City Council, has provided a candid look at ourselves, identifying what we do well and what we can do better. The city is better prepared, as we enter our budget process, to support the Police Department through the allocation of appropriate resources to address the recommended changes.”

Fayetteville Police Chief Scott Pitts was called to get his opinion on some of the issues addressed in the assessment. He pledged to call The Citizen Tuesday morning, but no call had been received by deadline.

The report, presented by Frank Rotando, who serves as the executive director of the Georgia Association of Chiefs of Police, was delivered in open session at a called meeting last week only after The Citizen argued that under Georgia’s Sunshine Law it should not be heard in executive session with the public excluded.

The City Council originally voted 3-2 to table the item until further legal advice was given, but then reversed course and decided to hear the report in front of the public.

Rotando emphasized the police department did not face any “emergency” situations. He said he had seen other departments in far worse shape. Still, he did offer several recommendations to improve the structure and morale of the department.

Recommendations in the report include:

• Eliminate the position of major and have a captain manage each of the two divisions. Currently, the department webpage lists one major in the department, Major Jeff McMullan.

• Examine the major managerial conflict between the police chief, Scott Pitts, and the major.

• The current captains would be assigned the rank of lieutenant, while lieutenants would become sergeants. There would be no reduction in pay. Rotando said the command structure of the department was mirrored after the city’s fire department. The changes would put the department in line with other police departments.

• Restructure the investigations division. For year’s the city’s investigators only worked until 3 p.m., so if an investigator was needed, someone had to be called in for overtime work. the city now has some investigators working until 7 p.m., but Rotando urged the city look at further changing the hours of investigators.

• Reevaluate the promotion process, which many officers believe is flawed.

• Re-examine how extra-duty jobs are assigned.

• Consider giving more rank and pay to investigators since the positions are more specialized than patrol officers.

• Address issues with the evidence room. The ceiling in the room is not secure and there is high humidity in the room, that could compromise evidence.

• Develop a policy for the department’s new body cameras.

• Address issues with the camera and sound system at the municipal court.

• Develop clearly defined goals for the department and be able to communicate the goals. The department currently lists nine goals, but the officers interviewed could only state one goal.

Mayor Ed Johnson said he agreed the city should diversify the force, but said the city is not willing to lower its standards to accomplish that goal.