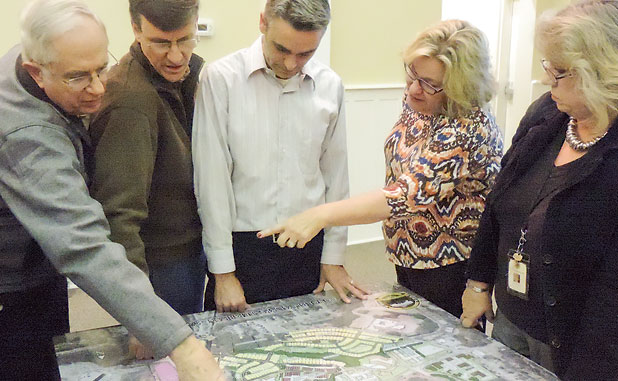 The plan includes a variety of uses such as single-family, multi-family, mixed use and expanded opportunities for retail and office. The plan includes looking at future uses for the county complex located at Hwy. 85 and Stonewall Avenue. The new plan features a new city hall on current school board property. It also shows additional roads drawn out, and maps out some of the single family homes.

Architect Bill Foley said Fayetteville has a unique opportunity in the county.

“Peachtree City can’t do this because they don’t have the historic bones of Fayetteville,” Foley said. “This is the greatest opportunity on the southside of Atlanta.”

“This will be attractive to millennials and also empty-nesters who want to downsize and live near more amenities,” he said.

The plan calls for the higher density to be located close to downtown, and stepping down as it gets to Grady Avenue with single-family homes.

Former Mayor Greg Clifton urged the city to keep the momentum going with the downtown efforts.

“Keep the ball rolling. Pinewood Forest will be a competing project, so you need to move on this as quickly as possible,” he said during the public comments section.

Wismer said he didn’t see the projects as competing, but rather as two differen areas of the city growing.

The city is expected to have a town hall meeting later this month or in March to get public feedback on the project.

Below, the second concept plan for Fayetteville’s downtown. Graphic/City of Fayetteville. 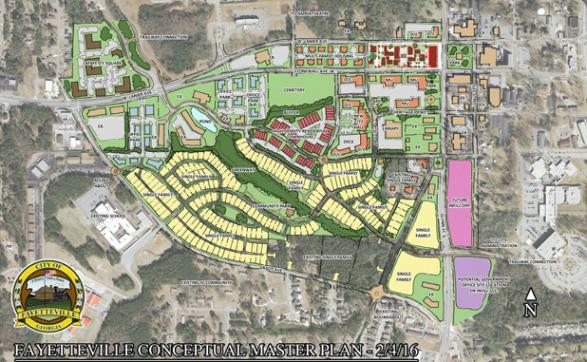