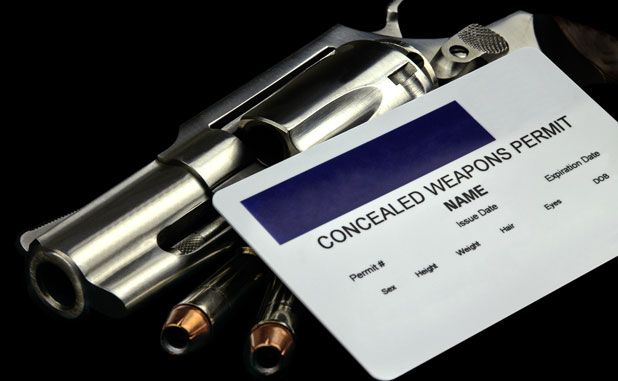 Statistically, nearly one in every six adults in Fayette County has been issued a concealed carry weapons permit in the past six years.

According to records from the Fayette County Probate Court, a total of 13,404 concealed carry permits have been issued or renewed since 2010. Licenses are good for five years.

The most ever were issued or renewed in 2015, Probate Court records indicate.

Fayette County has an estimated population of approximately 110,000, according to census.gov. Of that number, 27.5 percent are residents under age 18. That leaves a county population that includes 79,750 adults, an unknown number of whom are ages 18 to 20 and thus not eligible for a permit.

Georgia law requires a permit holder to be at least age 21, so a number of Census adults are not eligible for a carry license. Still, accounting for both 18-20-year-olds and renewals, as many as 16 percent, or about one out of every six Fayette adults age 21 or above has been issued a concealed carry permit in the past six years.

As with other localities across the nation, lines to obtain a concealed carry permit appear to reflect crime events which receive heavy media coverage. That said, the numbers by year beginning in 2010 in Fayette are as follows:

The price for an initial concealed carry permit is $77.50. A renewal after the five-year certification period is $30. Fingerprints are not run for renewals and is responsible for the lower price.

Concealed carry permit records are retained by the probate office for seven years.

For more information on how to apply for a permit, go online to www.fayettecountyga.gov/courts/probate_court.

Below, part of the webpage from the state of Georgia.