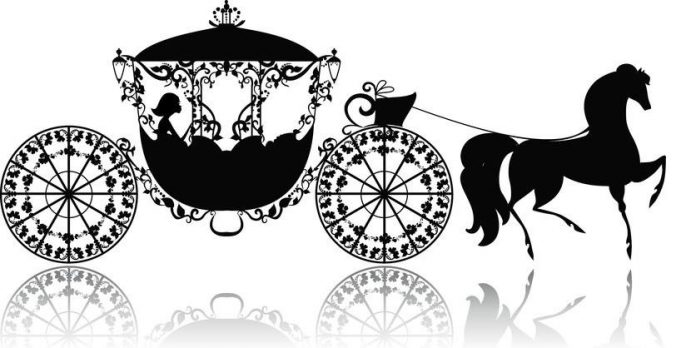 In a grand new fall season production adding to the popular Friends of Wadsworth series, Newnan Cultural Arts Commission will present “Rags to Riches,” an evening of musical theater featuring Warren Martin’s “The True Story of Cinderella,” in an Oct. 24 performance.

It will be a night of music and laughter for the entire family and features 14 singers of international and local renown gathered by host and artistic director Courtenay Budd, who as a soprano will join the cast as the Second Stepsister.

It is Budd who in recent years has taken the reins of the popular Newnan series known as “Wadsworth and Friends” in which auditorium namesake Charles Wadsworth for more than 20 years brought internationally-known performers from the world of classical music to perform on the Wadsworth stage. For years these were community benefit concerts that helped fund restoration of the late 1930s-era art deco hall on downtown’s Jefferson Street that Wadsworth himself says has among the best acoustics of anywhere he has performed.

Wadsworth, who grew up in Newnan, is a classically-trained pianist who went on to a career working with chamber music at Lincoln Center in New York City and developing programming with such music events as the Festival of Two Worlds in Spoleto, Italy and the America Spoleto in Charleston, South Carolina. In gratitude for his support the City of Newnan named the restored performance space in Wadsworth’s honor.

Now in his 80s and cutting back on his touring schedule, Wadsworth two years ago handed charge of the local winter/spring concerts to Budd, and it is Budd who proposed the idea for the new fall program to the Cultural Arts Commission.

Budd became familiar with Warren Martin’s voice version of Cinderella as a student at Westminster Choir College, one of the world’s leading schools of music. A division of the Westminster College of the Arts, Westminster Choir College is a residential college of music located on a 23-acre campus in the heart of Princeton, New Jersey. Warren Martin (1916-1982), a Westminster Choir College graduate and longtime faculty member, wrote “Cinderella” for the annual May Day Celebration. It was never intended to be staged. Martin insisted that the work be sung “oratorio style,” that is, with the singers in a row across the front of the stage, facing forward, not playing to or looking at each other. Adhering to his advice does indeed make for greater hilarity, since there is nothing to distract from the humor inherent in the music and lyrics.

Budd earned a master’s degree at Westminster. As she relates: “Westminster has a tradition whereby every fall the freshmen are welcomed with a special performance. They walk into Bristol Chapel and find it full of upper-classmen all a-buzz with excitement, like the energy in a theater where ‘The Rocky Horror Picture Show’ is about to start. The Voice Faculty enter the stage all serious, dressed up in gowns and tuxedos, and line up on the stage as if they are about to deliver a sacred oratorio. Then a narrator (played by a beloved teacher) introduces ‘The True Story of Cinderella’ by Warren Martin. What follows is 55 minutes of singing hilarity.”

“Even though the piece is a romp, it requires fully trained opera singers. Some of the roles are quite challenging,” said Budd. “It was a great pleasure finding voices in the Newnan and Atlanta area to fill these roles.”

And special guests:
-Sarah Taylor and Kathleen Duncan, sopranos,
– and Joan Kinrade as the narrator.

“The True Story of Cinderella” will be preceded by a brief first half of musical theater and operatic excerpts on the theme of “Rags to Riches,” added Budd. “Gershwin, Bernstein, Puccini, Menotti, Rossini are just a few of the composers featured. This is a carefully designed program unto itself, and will also be super fun for the entire family. I hope everyone will be there and bring friends. It is sure to be a great night.”

Newnan Cultural Arts Commission members Phyllis Graham and Bob McKoon are taking the lead on planning for this fall program.

Efforts have been made to keep ticket prices as reasonable as possible for this city-sponsored event. Cost will be $20 general admission and $15 for students and seniors over 65. Ticket outlets are being finalized and the tickets will go on sale soon. For online tickets go to http://rags2riches.bpt.me/.