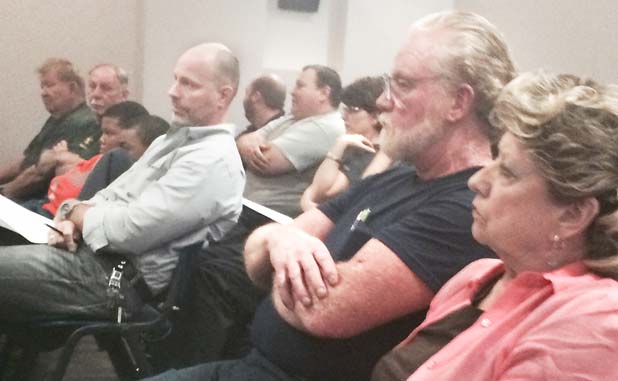 When the latest season of “The Walking Dead” starts filming In Senoia next month, residents may have to get creative in how they navigate through town.

Stalwart Productions’ Mike Riley appeared before the City Council Monday night to ask for Gin street to be temporarily closed during filming for the next season. Riley stressed thsi was not a permanaent closure, and the duraion of the closure could run from a half day to two days during filming of an episode.

Currently, Morgan Street is closed because it’s part of the TV show’s set, and residents are also having to detour around Main and Seavy Street because of a public works project slated to be completed in May.

A further wrinkle is added to the mix when Howard Road is closed in June by Coweta County to straighten a curve on the road. The road is a key connector to funneling truck traffic to Winpak and Tencate. The alternate truck route is Gin Street, so a logistical issue could hit the city early this summer.

As a packed meeting room looked on, several residents urged the city to cooperate with the filming company. The only person speaking against the clsing was former mayor Robert Belisle.

“When you closed Morgan Street, you said Gin Street would remain open,” he said.

In the end, the city approved the temporary closure of Gin Street, but only until Howard Road was closed.

“We should have something worked out by then,” Riley said.