There was a familiar team atop the podium at the GHSA Cheerleading State Championships — the McIntosh Chiefs.

The new trophy marks the third-straight and seventh state title all-time for the Chiefs.

“Every state championship is special. Three state championships in a row is an overwhelming feeling of accomplishment, pride, and confirmation that what we are doing as a cheerleading program is working,” said McIntosh coach Shannon Bednarowski. “We are so happy we were able to represent the excellence at McIntosh and in Fayette County Public Schools.”

“This team of athletes was very receptive to their coaches and trusted us to make the correct choices of skills in the routine and to find the fine balance of difficulty and execution to maximize the points on the score sheet,” said Bednarowski. “The competition cheer team members were willing to do whatever was asked of them so they were able to be the best they possibly could be. They were very respectful, hardworking, and never stopped pushing to improve. They had a great team bond and all worked together toward a common goal: to win the another state championship.”

The team is coached by Shannon Bednarowski, Catie Callen, and Kim Garner. — Story provided by the Fayette County School System. 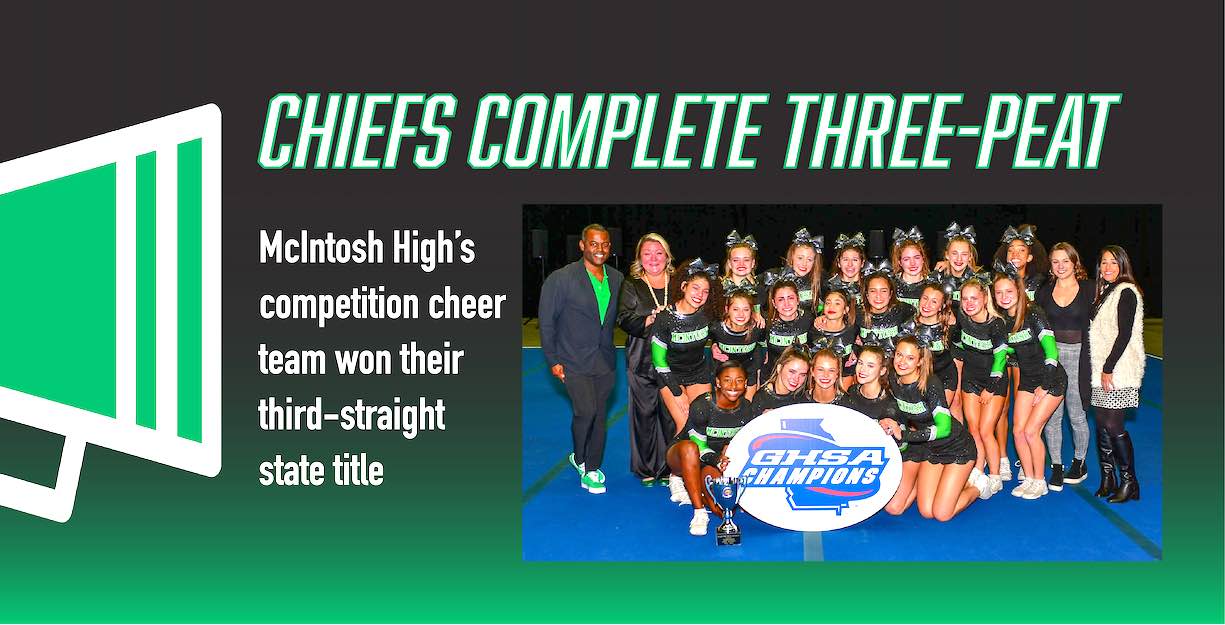 A Republican voter since 1980, I’m voting for Kim Learnard for...