They were inside the media center at Rising Starr Middle, but some lucky Panthers might as well have been down in Savannah. Georgia Public Broadcasting’s Mobile Virtual Reality (VR) Lab transported students back in time for a lesson they won’t soon forget.

Pairing well with the standards currently being covered in class, the 8th grade social studies classes used Oculus headsets and GPB-produced content to explore Owens-Thomas House in Savannah and learn about the lived experiences of enslaved people. Some orchestra students also had the opportunity to see the Atlanta Symphony Orchestra in a VR environment.

Each group capped off their session with a reflection discussion about what they observed, including something that surprised them and what else might make for an interesting VR experience.

The pairing came about because Rising Starr medial specialist Christopher Harper is a member of the Georgia Public Broadcasting Educator Advisory Group, and he jumped at the chance to bring the VR Lab to his school.

The social studies teachers were thrilled for their students to get such a unique opportunity.

“As teachers, our goal every day is to engage students. Engage, engage, engage. We can do different tactics and strategies and activities and assignments all day long that we think will interest them, but, really, it narrows down to what are they interested in? And right now, VR is their world,” said Eleah McClamb. “Finding out that GPB had this opportunity for our students to engage in a lesson through VR, I mean, we jumped right on it. And it proved effective because they talked about it for the rest of the day.”

It brought about a new way for the class to interact.

“They were talking to each other while they were in the same room in their VR goggles and taking turns reading the signs to get even more information. They weren’t just wandering through the room, they were reading what was in the rooms,” said Karrie Palmer. “It was just really interesting that they could tour a house when we cannot physically take them to Savannah because we’re too far away. It was really interesting that they could tour and go in and get that sense of what the Owens-Thomas House was like and what it was like to live in different sections of the house.”

Michelle Spears noted that it reenforced what they are learning in class in a unique way.

“Experiencing the tour through VR was quite a unique opportunity for them. They’re able to see and, even though you can’t feel, they’re able to see what everybody would see if as if they were there,” said Spears. “Having that real experience helps motivate kids to really understand and see for themselves and reinforce the content in that way.” — Content provided by the Fayette County School System. 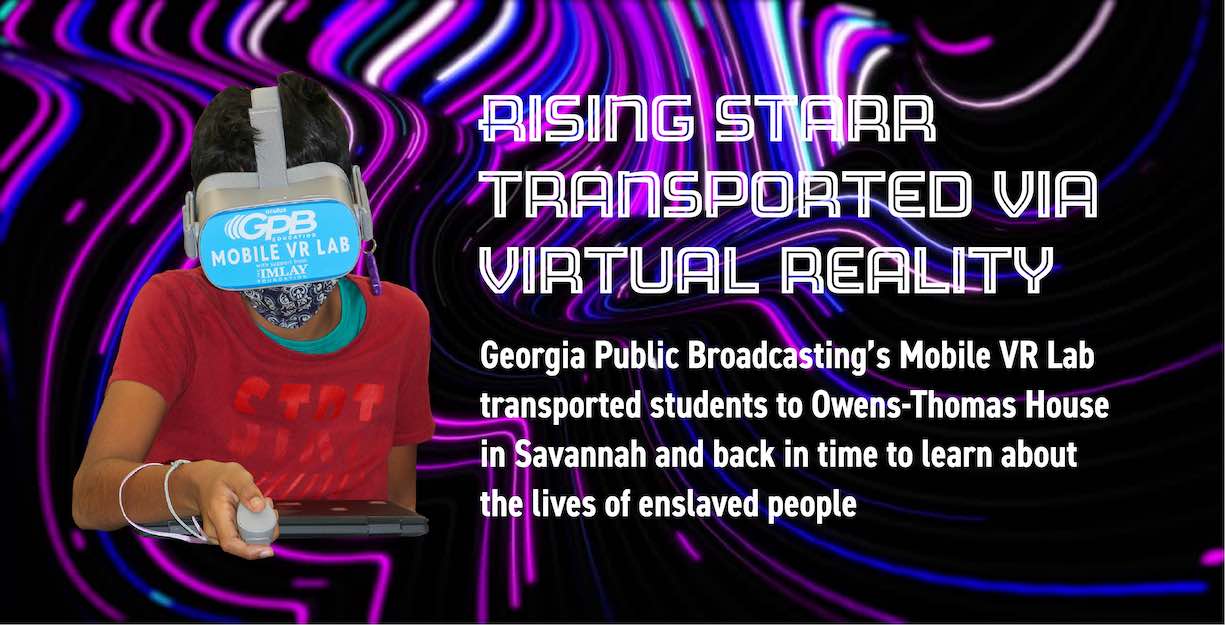