Covid vaccinations increased by 759 innoculations in Fayette County, as reported Feb. 25 by the Georgia Department of Public Health.

Of that total, 400 got their second and final vaccination while an additional 359 received their first shots. The total of all shots given in Fayette so far is 7,967: 5,076 first shots and 2,891 second shots, according to DPH.

The Covid vaccine appointment number for residents of Fayette and the other 11 counties in Public Health District 4 is 762-888-8180. Calling the Fayette COunty Health Department in Fayetteville won’t get you an appointment. You have to call the number above.

Meanwhile, Fayette registered an additional 55 cases in the past 2 days: 30 on Wednesday and 25 on Thursday, DPH reported. For the past two weeks, the county has reported 325 new cases, a new 2-week positive test rate of 9.0%, as compared to the statewide rate of 8.1%.

Two new Fayette fatalities were reported Feb. 24: an African-American woman, age 73, and a white woman, age 84. Neither had any underlying medical conditions, DPH data reported. That makes a new total of 128 deaths of Fayette residents since March of last year, producing a death rate of 2.16%. (See the complete DPH list of Fayette deaths here.)

In addition DPH has a “probable” category that counts 13 more Fayette fatalities as likely attributable to Covid.

Accompanying charts show the general panedmic trend is downward — half as many new cases being reported in Fayette as a month ago and a third as many statewide. 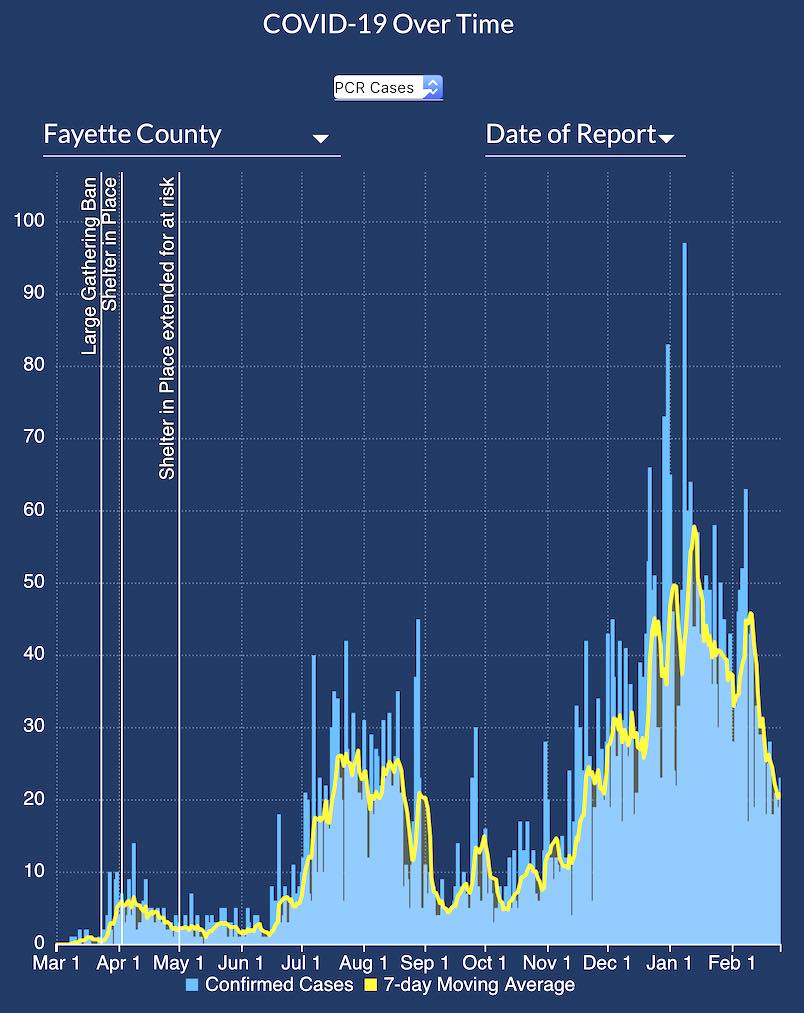 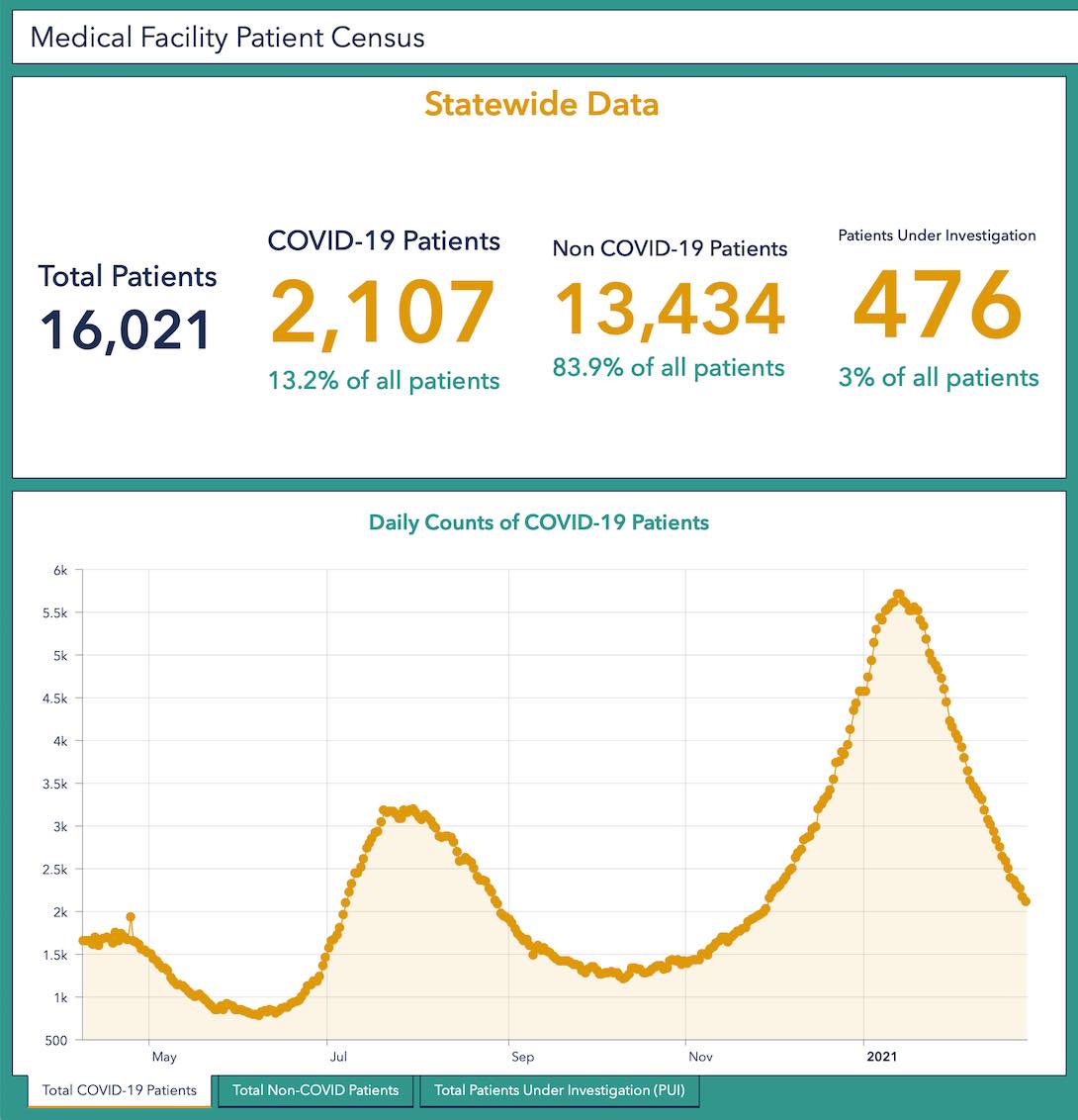 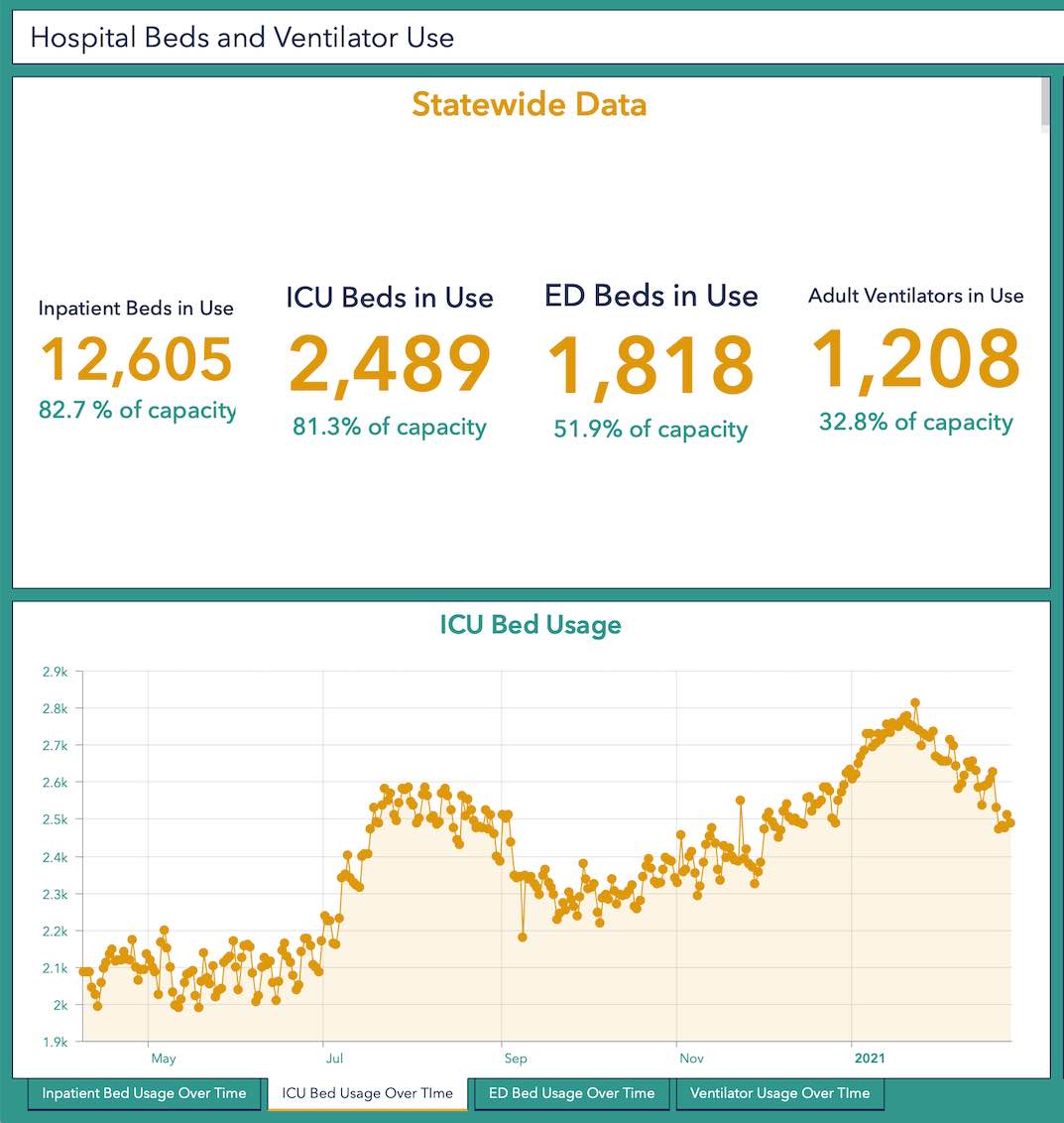