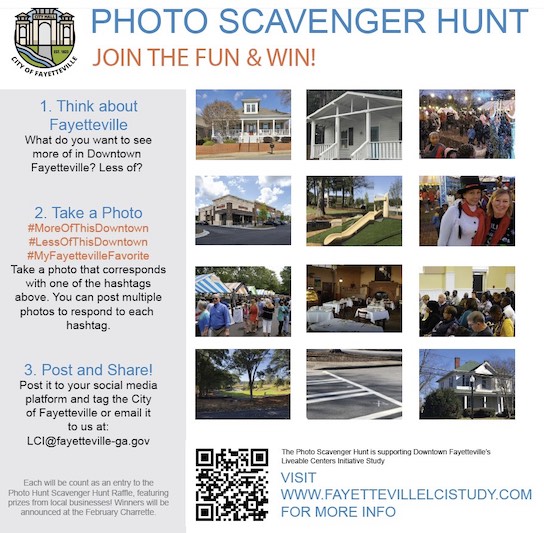 The city of Fayetteville has launched a community-wide Photo Scavenger Hunt in advance of its February 11 and 12 Virtual Design Charette to discuss the city’s aesthetics. The charrette will include a discussion of what people want to see more, and what they want to see less, in Fayetteville.

Participants in the Photo Scavenger Hunt will take photos prior to the Virtual Design Charette and post them on social media with one of the following three hashtags: #MoreOfThisDowntown, #LessOfThisDowntown, or #MyFayettevilleFavorite.

Participants may post multiple entries, which will each be counted as entries in a prize drawing. Winners will be announced during the Virtual Design Charette.

The Photo Scavenger Hunt and the Virtual Design Charette are part of Fayetteville’s new Livable Centers Initiative Study. More details will be announced soon. In the meantime, those interested may visit www.FayettevilleLCIStudy.com to learn more.