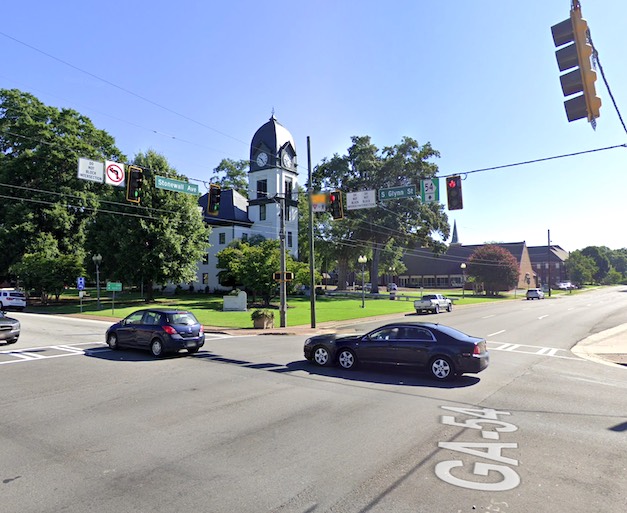 There will be several pedestrian improvements coming to Stonewall Avenue in front of the old courthouse and the Fayetteville First United Methodist Church in downtown Fayetteville.

The changes will include adding to the size of the two pedestrian islands on either side of the courthouse, adding three small islands adjacent to the street side of the church and rearranging parking along the roadway that will result in 15 additional parking spaces.

Approved by the City Council on Oct. 1, Downtown and Economic Development Director Brian Wismer said an agreement to implement the project came to fruition after negotiations with the Ga. Department of Transportation that spanned more than a decade.

Wismer said the two larger islands by the courthouse, at Stonewall’s intersection with Ga. Highway 85 and at Lee Street, will be enlarged and outfitted with plant material. The three smaller islands in front of the church, more akin to bump-outs, will also be planted.

Due to enlarging the islands in front of the courthouse, which will increase pedestrian safety, the left-most thru-lane on Stonewall, which also serves as a northbound turn lane onto Hwy. 85, and which is largely unused, will be eliminated.

The increased size of the two large islands will provide the ability to change the current parallel parking in front of the courthouse into angled parking, thereby increasing the number of parking spaces.

Also one block to the east, and adjacent to the church, parallel parking spaces will be added between the bump-out islands.

In total, the new arrangement will add 15 net parking spaces to the downtown area, Wismer said.

The council approved the low bid for the project that totals $129,488. In order to avoid delays with the bid award, the Downtown Development Authority agreed to initially fund the project, provided that the city also seeks other sources to ultimately fund it. 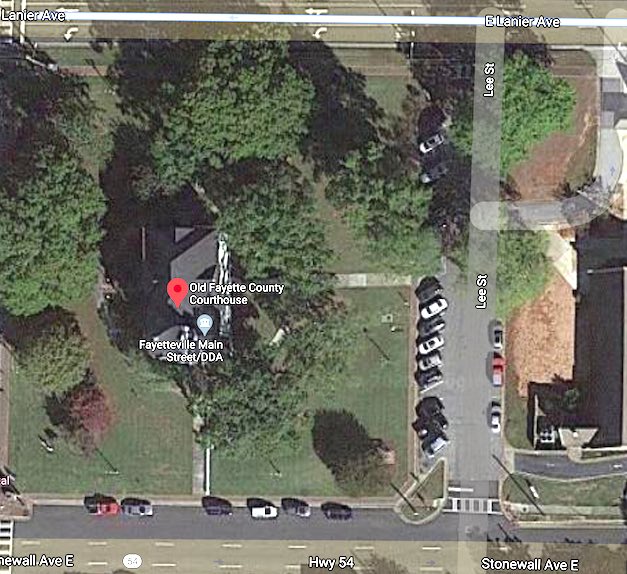