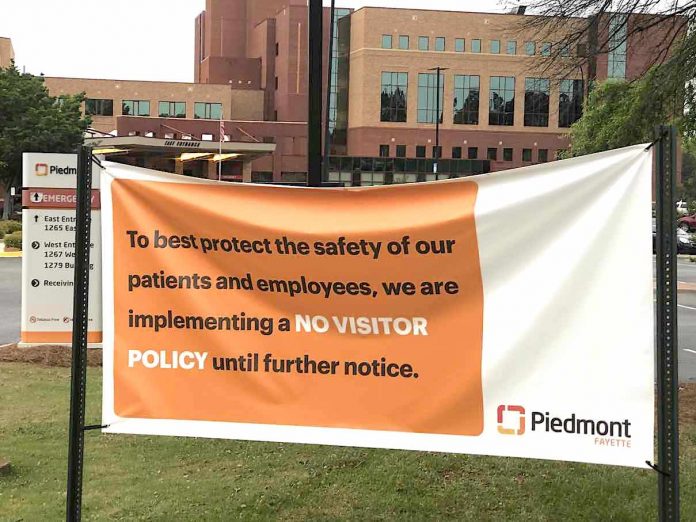 NEWS ANALYSIS — While the number of fatalities caused by the Covid-19 respiratory illness often leads any news report about the pandemic lately — followed by the total number of cases reported as confirmed by testing, one statistic alone is the driver behind Georgia’s economy flattening shelter-in-place order.

That statistic is the number of Covid-19 sufferers being treated in the state’s hospitals on any particular day, expressed as “hospitalized” in the daily reports from the Georgia Department of Public Health.

The driving force behind the several health emergency orders from Gov. Brian Kemp and the state Department of Health has been the goal to keep the number of critically ill persons on any one day below the maximum number of hospital beds across the state available to treat them. That is the most important “curve” to be flattened, according to epidemiologists and public health officials.

Too many critically ill people requiring hospitalization in too short a time period would overwhelm the medical system, leading to gravely ill patients unable to find an open hospital bed, a nightmare that public health experts are desperate to prevent.

“Flattening of the curve” is a phrase that almost everyone in Georgia has heard by now. It refers to a line graph (depicted in the main photograph below) that climbs in its growth phase with numbers of newly reported infections of the Covid-19 respiratory illness from the chart bottom toward the top of the screen. 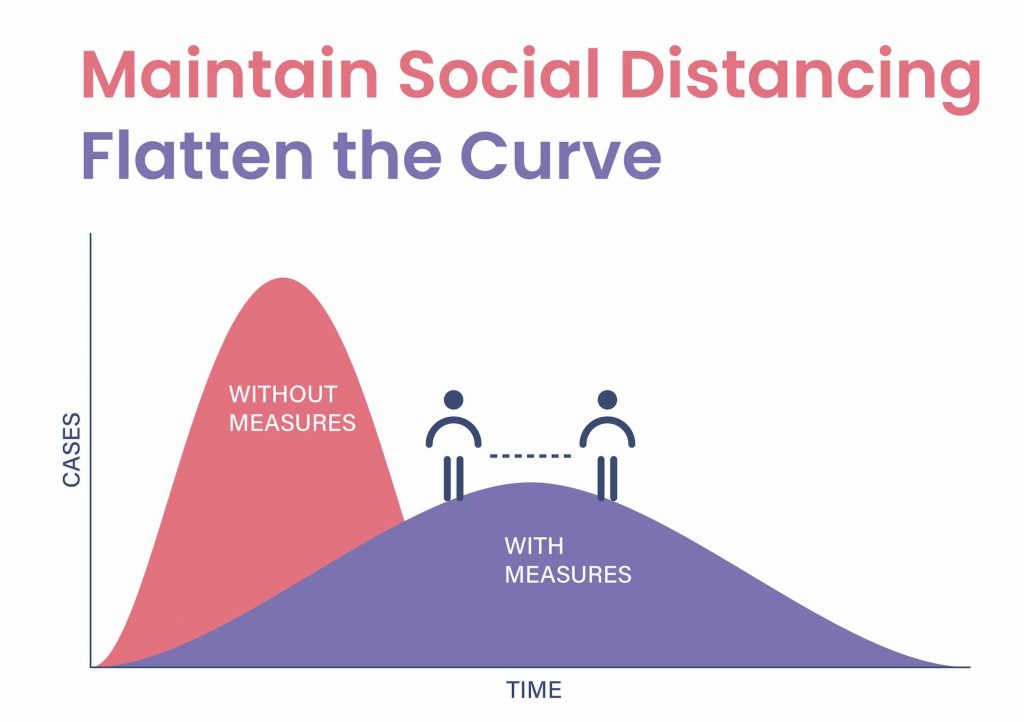 Two aspects of the graph are critically important: The actual top — meaning the most cases reported in a single day — and the shape of the graph from that point, the famous “flattening” phase.

Most epidemiologists agree: A top will be reached in the next several weeks. Georgia has had two main “hot spots” featuring many cases requiring hospitalizations and leading to increased deaths: Southwest Georgia, centered in the Albany-Dougherty County area; and metro Atlanta, particularly in the counties of Fulton, DeKalb, Cobb and Gwinnett.

With 94 confirmed cases as of April 11, Fayette County currently ranks number 26 in case numbers on the list of 159 Georgia counties, only four of which show no reported cases of the illness.

As of April 11, 2,479 people were reported to be in hospital beds across the state. That number is just over 20% of all confirmed cases. TO put it another way, so far during the Covid-19 pandemic, 4 out of every 5 people diagnosed with the coronavirus illness were sent home to self-quarantine, not needing to be hospitalized. That rate of hospitalization — 1 in 5 — has held steady for several days now.

For perspective, Georgia has a total of 22,344 non-federal acute care staffed hospital beds, according to American Hospital Directory (ahd.com). Using those numbers, that would mean that the Covid-19 cases being treated in hospitals today would represent about 11% of all hospital beds available in the state.

Of course, because the numbers of non-Covid-19 patients still in hospital beds is not a publicly reported statistic, it is not known how many “vacant” hospital beds were available at the start of the pandemic in March to serve coronavirus patients. Thus, even with all non-emergency surgeries and elective hospitalizations cancelled, empty hospital beds might be scarce at many, if not most, hospitals. And there are six times as many hospitalized Covid-19 patients as of April 11 as there were just two weeks ago.

The DPH first included the hospitalization statistics in its March 25 report. In that report just over two weeks ago, the state had reported 394 hospitalized with Covid-19 out of 1,247 total confirmed cases, or a hospitalization rate of 31.6%.

The rate of hospitalizations of people who tested positive for Covid-19 has held in the 20% range for the first 11 days of April, which could be described as at least the possible beginning of a trend.

The opposite was happening with raw numbers of hospital beds occupied by coronavirus patients. There was a steady upward trend every day, even if the increase varied up and down each time. The biggest — or worst — day for new admissions came April 7 with 442 new patients hospitalized. Whether that was an actual one-day increase of people put into beds or a reporting artifact has not been disclosed by DPH.

In the four days since, patient numbers have gone up a total of 705 newly admitted Covid-19 cases. Across the state, according to DPH, 2,479 patients have been hospitalized to treat Covid-19.

One missing metric is how many of those patients admitted two weeks ago or earlier are still in hospitals and how many have been released. Another missing public metric — but surely available to DPH and other government officials — is the actual number of empty hospital beds, as well as intensive care unit beds, that are immediately available to Covid-19 patients as of today.

We have heard of no situation in Georgia comparable to the scenes of patients lying in hallway bunks in New York City — the hottest of pandemic hot spots in the world today — or of body bags being loaded into refrigerated trucks outside a Queens, N.Y. hospital.

On the “hotness” statewide scale, Fayette County is number 26 on the list of most reported Covid-19 cases — 94. How many of those are in hospitals has not been reported to the public.

Fayette has one hospital: Piedmont Fayette Hospital, listed with 290 beds, “staffed by more than 2,000 employees and a medical staff of over 750 physicians,” according to the official Piedmont website. Obviously, not all 290 beds are intensive care, and there are other non-Covid-19 patients in many of those beds. The number of beds allocated to “special care” — which includes both adult and newborn ICU cases — is 86, according to the American Hospital Directory (ahd.com).

But if Fayette coronavirus cases are roughly similar to others reported in the state, about 1 in 5 of those 94 reported cases would have required hospitalization. That would theoretically put about 20 patients in the local hospital, with some unknown percentage of them requiring ICU treatment.

Another unknown is how many patients are hospitalized with Covid-19 symptoms locally but lack confirming test results yet. While testing backlogs were common two weeks ago, that is less likely now with 51,715 test results reported so far across Georgia.

Based only on the reported numbers of cases and the trend of hospitalizations across the state, our local hospital seems at least statistically unlikely to have any serious overcrowding due to the seriously ill Covid-19 cases in Fayette at present. But those are statistical estimates, not based on anything the local hospital has reported to the public.