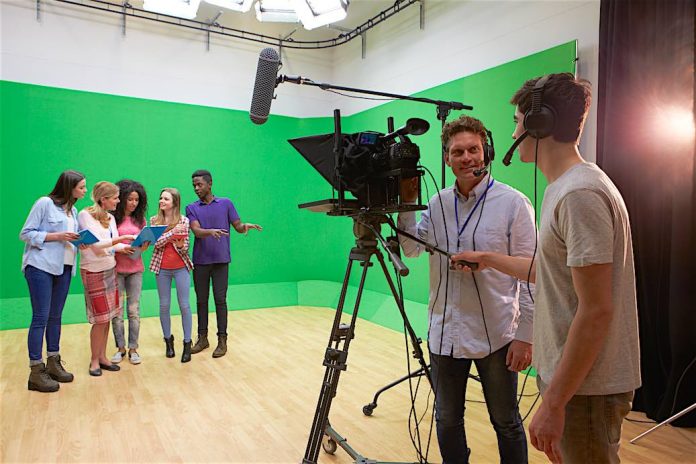 The University of Georgia (UGA) is teaming with Pinewood Forest and the Ga. Film Academy to introduce a Master of Fine Arts in Film, Television and Media program, with degree work to take place in Athens and Fayetteville.

The University of Georgia’s Grady College of Journalism and Mass Communication and Franklin College of Arts and Sciences have aligned with Pinewood Forest and the Georgia Film Academy, located at the adjacent Pinewood Production Centre, to create a Master of Fine Arts in Film, Television and Digital Media program. The program is the first of its kind in Georgia, with students taking classes in an academic setting during the first year and producing projects in a major studio setting during the second year, according to UGA.

UGA’s MFA Film program is the only master’s program in film production at a public university in Georgia. It will be offered to students at a tuition rate comparable to that of other graduate programs at the university, making it one of the most financially accessible programs of its caliber in the country.

Students are expected to range from recent graduates to those who have worked in the industry for a few years and are looking for a new challenge, UGA said.

The MFA Film program will be a two-year (six-semester), 62-credit-hour program culminating in capstone experiences and professional internships.

During the first year of the program, students will study on the University of Georgia campus in Athens and take courses focused on writing for the screen, producing, directing, film history, audio production and lighting, among others.

During the second year, students will work on capstone projects and internships while living at Pinewood Forest, a 235-acre master-planned residential and mixed-use development in Fayetteville. Second-year courses are expected to include advanced writing, advanced production, advanced directing, computer animation and thesis films, according to UGA.

“The vision for Pinewood has always been to create an extraordinary environment for the next generation of creators, storytellers and entrepreneurs,” said Dan Cathy, Pinewood Atlanta Studios owner, who has helped make the MFA program possible through personal financial support and accommodation at Pinewood Forest. “We are thrilled to partner with Jeffrey Stepakoff, President Morehead, Dean Davis and everyone involved by hosting these inspiring students and faculty at Pinewood.”

The MFA Film program will feature student-created films and television projects produced in collaboration with industry professionals each year.

Fundamentals and advanced courses in film and television production will be taught in partnership with the Georgia Film Academy.

Industry-related workshops and lectures also will be sponsored by the program. As the program grows, partnerships will be established with additional professional production sites in Georgia, UGA noted.

“The University of Georgia is uniquely positioned to house this interdisciplinary program that will make a lasting economic and educational impact on one of our state’s leading industries,” said President Jere W. Morehead. “We are grateful for the support of Dan Cathy and Pinewood Forest, the Georgia Film Academy, and the University System of Georgia Board of Regents in helping us to establish it.”

There are nearly 45,800 direct motion picture and television industry jobs in Georgia, according to the Motion Picture Association. In the 2019 fiscal year, which ended June 30, Georgia hosted 391 projects that had a direct in-state spend of $2.9 billion, according to the Georgia Department of Economic Development.

“As Georgia continues to grow as a world leader in film and TV production, UGA will help to meet our state’s critical need for world-class writers, directors, producers, cinematographers, editors and other key personnel for years to come,” said Charles N. Davis, dean of Grady College.

“This program is an important step in the evolution of film studies at UGA as we continue to broaden our students’ creative abilities,” said Alan Dorsey, dean of Franklin College. “The collaboration between Franklin College and Grady College will produce many new imaginative projects and prepare a new generation of graduate students for exciting careers in global media.”