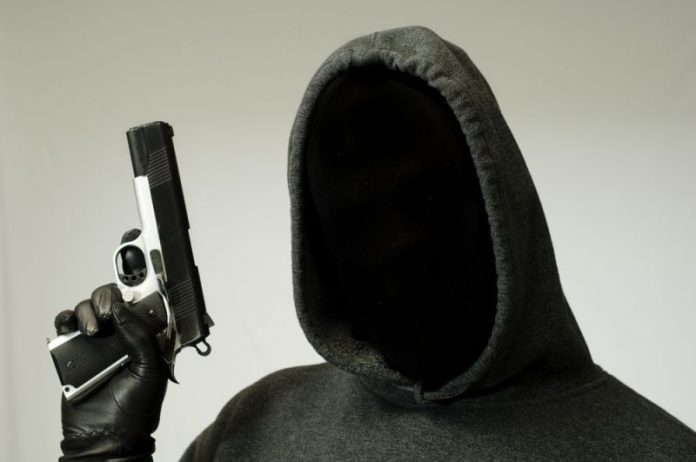 The Fayette County Sheriff’s Office is searching for two men who committed a March 3 armed robbery at a residence on Lee’s Lake Road.

Sheriff Barry Babb said at approximately 5:45 p.m. on March 3 two individuals working on a home in the 100 block of Lee’s Lake Road reported an armed robbery.

The suspects were described as two black males armed with handguns that arrived in a white wagon-style passenger vehicle, Babb said. The male workers were reportedly bound with zip ties while the suspects took their wallets, cash and a phone.

The second suspect was described as having a long face, around 20-30 years old, short hair, clean shaven and wearing a black hoodie with cut off sleeves, black jeans and black shoes, Babb said.

Babb said the vehicle can only be described as a white wagon-style vehicle, maybe a Dodge.

Anyone with information about this incident is asked to contact the Sheriff’s Office Criminal Investigations Division at 770-716-4750.