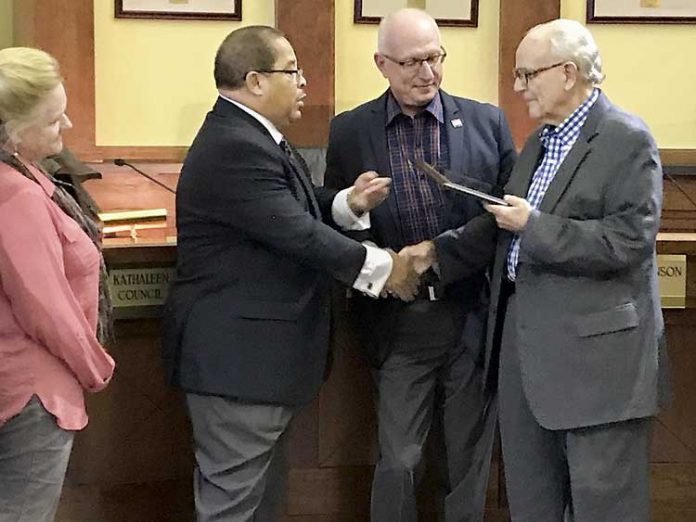 Fayetteville City Councilman Jim Williams was honored Dec. 21 for his four years of service as a councilman. Williams has worked in other governments, including several years as planning director in Peachtree City and as city manager in Fairburn and Chattahoochee Hills. From left, City Councilwoman Kathaleen Brewer, Mayor Ed Johnson, Councilman Scott Stacy and Williams. Photo/John Thompson.