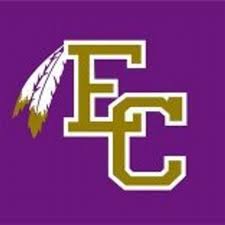 The issue began, according to FFRF, when a concerned community member reported to FFRF that coach John Small had made it a habit to pray with his team, which was filmed at a recent game.

School system spokesman Dean Jackson said Small after a recent football game walked up to a group of students engaged in prayer with a community coach, and prayed with them. A video was recorded and provided to FFRF, Jackson said.

Jackson said nothing has been banned. Rather, school system employees have been provided with relevant legal guidance on the issue, following Superintendent Steve Barker receiving a legal opinion from school board attorney Nathan Lee following the FFRF complaint.

“Representatives of the school cannot participate in any student initiated/student- led prayer or worship while acting in their official capacity,” Lee said, citing federal law.

FFRF initially sent a letter to the Coweta County School System stating that it is illegal for public school athletic coaches to further personal religious beliefs by leading their teams in prayer. Coach-led prayers equate to a government advancement and endorsement of religion, a stark violation of the Establishment Clause of the First Amendment, FFRF said on its website.

“Coach Small’s conduct is unconstitutional because he endorses and promotes his religion when acting in his official capacity as a school district employee,” FFRF Legal Fellow Christopher Line said in an Oct. 25 letter to Barker.

FFRF said the school district promptly responded, notifying FFRF in an Oct. 26 letter that Barker had met with the principals of all three high schools to inform them that neither school staff nor volunteer staff may lead or participate in religious activity before, during or after high school football games.

“I knew this was an amazing community here in Coweta County when I got here, but what’s amazing is this situation has made this community even stronger and better. There is so much support for our students and our schools in this great community. We have some amazing young people in our schools that desire to lead in many ways and through all of this we can already see the leadership of our students grow. The last time I checked, that is exactly what we all want is for the students to become better leaders for our future.

“We understand there are laws in place and we follow them to the best of our knowledge. Are we perfect? No, but no one is and we are always learning and trying to be better each day. Our county and the leadership from our Superintendent Dr. Barker is second to none here in this county. We appreciate the support and guidance from our superintendent on a daily basis. We will continue to grow and become stronger from this as a community.”