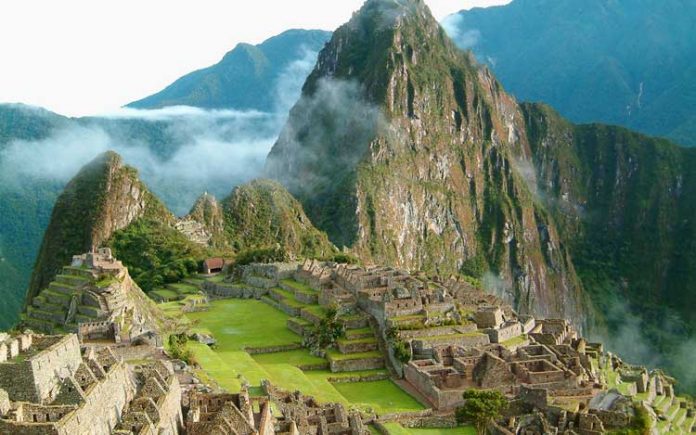 Shown above is the lost city of Machu Picchu, an Incan citadel set high in the Andes Mountains in Peru. The city was built in the 15th century and later abandoned. On Sept. 10, 40 women from seven countries will make it their destination as part of Operation Mobilization’s Freedom Challenge to end human trafficking. Photo/Special.

On Sept. 10, approximately 40 women from seven different countries will begin a one-week trek across the mountain ranges in Cusco, Peru, to reach the lost city of Machu Picchu. The event, organized by Tyrone-based Operation Mobilization’s Freedom Challenge ministry, will raise money and awareness to fight the enslavement of women and children.

Led by Freedom Challenge Director Tracy Daugherty, the Machu Picchu climb will be Freedom Challenge’s 12th climb in its five-year history. With more than $5 million already raised, the climbers hope to raise as much as $550,000 more to support the prevention, rescue, and restoration of human trafficking victims around the world.

Freedom Challenge first entered Daugherty’s life through the enthusiasm of friend and founder Cathey Anderson who had a vision to “climb for freedom for women who could not do it for themselves.” Along with Anderson, Daugherty helped gather women from across Southern California to pray, climb, raise funds and spread anti-slavery awareness. This vision became a larger mission to help end modern day slavery and human trafficking.

In January of 2012, 48 women from seven different countries first gathered in Tanzania and climbed Mt. Kilimanjaro to declare freedom for those who could not. Since then, Freedom Challenge has led women to climb the Rockies, Alps, Kilimanjaro, Machu Picchu and Everest Base Camp, while raising millions of dollars to support more than 60 projects worldwide.

Based in Tyrone, Freedom Challenge remains a movement of passionate women dedicated to the prevention of modern day slavery and human trafficking, and to the rescue and restoration of its victims.