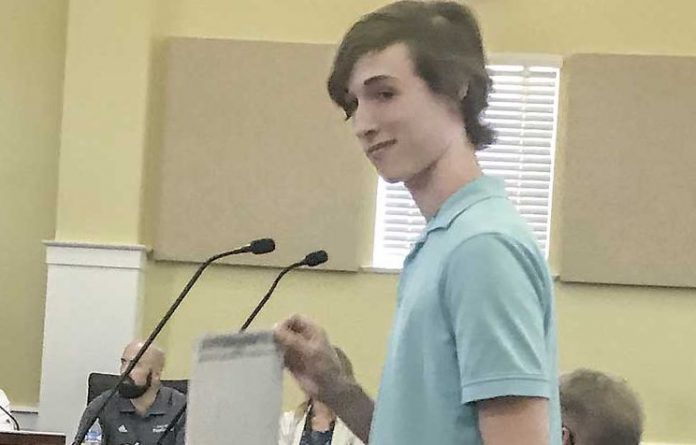 Is it time for a makeover of Fayetteville’s city flag?

At the end of Thursday night’s City Council meeting, young adult Zachary Carter appeared before the City Council to talk about the city’s flag.

Carter, along with a friend are flag enthusiasts, and believe changes need to be made to the banner.

Above, Zachary Carter appears before Fayetteville City Council. Below, the current flag of Fayetteville. Photos/John Thompson.

Carter cited the words on the flag, which he said made it look like a postcard, and also was not happy withe the depiction of the courthouse on the flag. He also had an issue with a star dotting the “I” in Fayetteville.

Mayor Ed Johnson thanked Carter for his comments, and suggested Carter be on a committee to see if the flag should be updated.

Carter agreed, and Johnson gave him a preview of what his new position might entail.

“Just be prepared for some blowback,” he said.

Carter was applauded for his efforts in participating in his local government.

The city provided an archived statement from the artist who created the flag:

“I designed the flag with the same colors as France, since LaFayette was French and Fayetteville is named for him. Also, the double ‘t’ in Fayetteville serves as the foundation for the clock tower. I believe the courthouse, being the oldest in Georgia, is most recognized by the tower and clock,” said flag designer Nita McFarlin in a statement from several years ago. 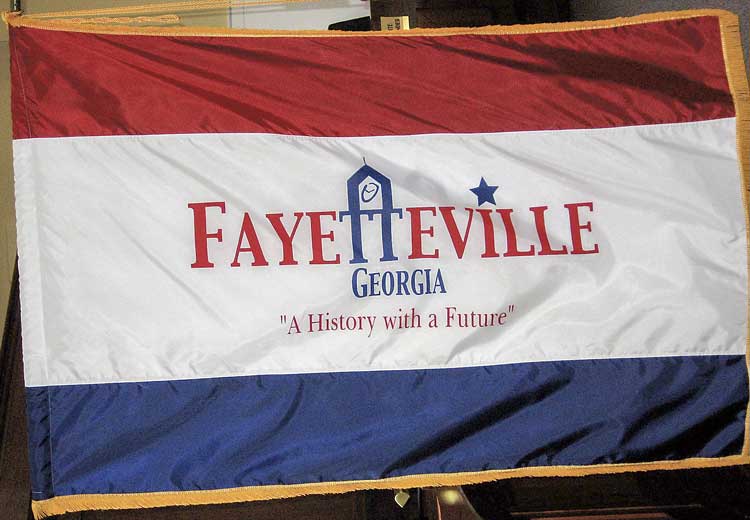