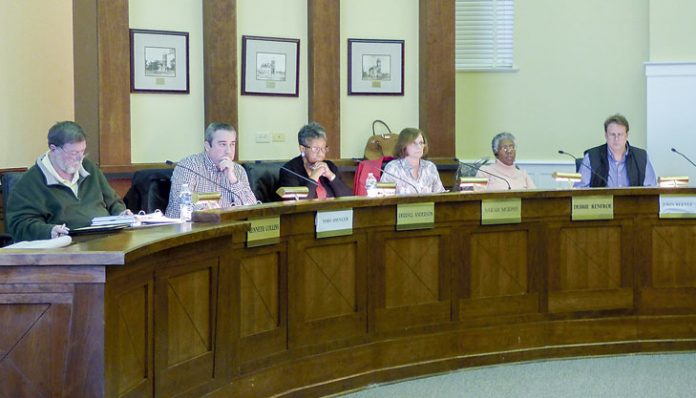 A Feb. 28 vote by the Fayetteville Planning and Zoning Commission on a special exception that would establish a crematorium on the North Jeff Davis Drive property of the Mowell Funeral Home was denied. Mowell will appeal the decision to the City Council.

Planning Director Jahnee Prince near the outset of the discussion noted that while state law requires that a stand-alone crematorium must be 1,000 feet from residential areas, a provision in the law states that the requirement does not apply if the crematorium is a part of the funeral home property. The proposed crematorium would be situated on the Mowell property.

Prince said a check with several cities, including Peachtree City, showed no problems or issues with crematorium facilities in those locations.

Planning staff recommended approval contingent upon several conditions, such as having one retort and operating during regular weekday business hours.

Perhaps the main sticking point with the proposal dealt with emissions, particularly mercury, from the crematorium.

There were 10 people commenting on the proposal, with half supporting the crematorium and half opposed.

One of those opposed, funeral home neighbor Allan Feldman, said the prevailing winds blow across North Jeff Davis Drive toward his property.

“I don’t want to sit on my front porch and watch heat rise from somebody’s loved one. It’s not what I want to do,” Feldman said, asking that the crematorium be constructed in a different location.

“We don’t want kids playing in the dust coming from burning dead bodies,” she said, noting that the Church Street Park is situated adjacent to the funeral home’s east side.

“They wouldn’t do anything to jeopardize their relationship with the community,” Dingler said. “If they do it wrong it would probably put them out of business.”

“If (mercury emissions) were there we wouldn’t be asking for this,” Mowell said. “My kids work at the funeral home.”

The discussion moved to the commission, with Chairman Sarah Murphy referencing the 1,000-foot rule that does not apply because the crematorium would be on funeral home property.

“In my mind I’m still bothered by the 1,000 feet, even though it doesn’t apply,” she said. “The proximity (to neighbors) gives me pause.”

Commissioner Derryll Anderson, a neighbor of the funeral home, said her concern was not with the crematorium, but with the large volume of vehicles, and their consequent emissions, travelling nearby Church Street.

Commissioner Ken Collins said research he had seen said the level of mercury from crematoriums was no greater than the level in the environment.

“I’ve done the research and I’m comfortable with (the proposal),” Collins said.

“How do you make the neighbors comfortable?” Commissioner John Reeves asked Mowell. “People are skeptical about emissions.”

Mowell responded, saying he would not do anything to harm his family’s reputation.

Prior to the motion and vote, Commissioner Toby Spencer said, “My big concern is the (Church Street) park. I would hate to see the moms stop using it.”

“I would ask you to consider a family-owned business that has been here for five decades,” Mowell responded.

A subsequent motion to allow the special exception to permit the crematorium failed on a 2-3 vote, with Collins and Anderson in favor and Renfroe, Reeves and Spencer opposed.

A follow-up motion to deny the proposal passed on a 3-2 vote, with Renfroe, Reeves and Spencer in favor and Collins and Anderson opposed.

Mowell after the meeting said he would appeal the decision to the City Council.

Mowell also said he could not construct a crematorium at his family’s Peachtree City location due to space limitations on the property.