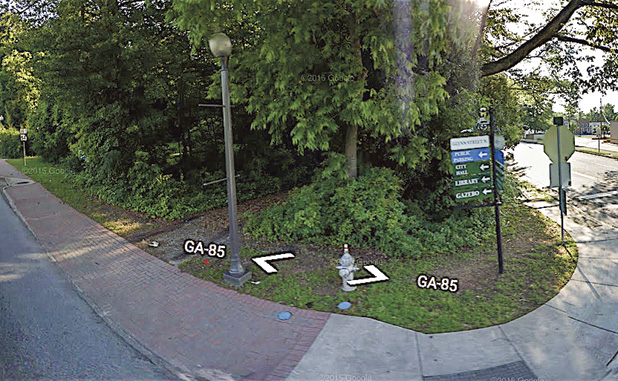 The Fayetteville City Council is expected to deliver the final vote Thursday to a development that has roiled the city and prompted large numbers of residents to have their say.

The proposal by Rea Ventures Group would establish an apartment complex called Abbington Square to house 60 apartments along with limited retail on the first floor facing North Glynn Street. The property is situated on 4.6 acres downtown, between Lafayette Avenue to the south, the 100-block of North Glynn Street to the east and a short distance from Lanier Avenue to the north.

The request for the property would have it rezoned from C-1 (commercial) to PCD (planned community development). Plans call for 93 percent of the apartments to be one or two bedroom units. Rents will run from $640 per month to $1,200 per month. Amenties would include an art/studio space, business center, fitness center, a community garden, Energy Star appliances and washer-dryer hookups.

Access to the development would be by way of Lafayette Avenue only, according to city planning staff.

The proposal has come under fire because of its desire to provide affordable housing in Fayetteville through the use of federal tax credits. At the May 19 City Council meeting, Mayor Ed Johnson asked the developer if he wanted to pull the proposal in light of the controversy surrounding it. The developer said no, so the second read of the proposal, along with a vote on the rezoning, occurs Thursday night. 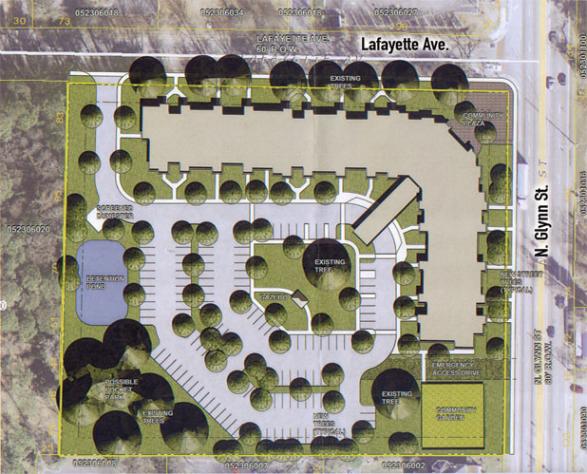 In other action planned for Thursday night, the City Council will vote on reversing zoning for two proposals.

In the spring of 2015, the City Council voted to allow 33 detached townhouse on Cobblestone Boulevard across the street from the Cobblestone Apartment complex and rezone the 5.89 acres from C-3 (Highway Commercial) to RMF-15 (Multi-Family Residential). The most vocal opponents against allowing the development to move forward were residents of the OakBrook subdivision, who live behind the proposed development.

The measure passed by a 3-2 vote with councilmen Jim Williams, Scott Stacy and Paul Oddo voting for it, while Ed Johnson and Mickey Edwards voted against it.

But since a year has passed, the City Council has the option of restoring the original zoning classification because of a provision of the city’s zoning ordinance that states if no development has been initiated in 12 months, the zoning can be revoked. The provision is a deterrent to speculative zoning.

The other property under consideration for a zoning revocation is a .947 acre tract on Veterans Parkway. The property is surrounded on three sides by the Pinewood Forest Planned Community District.

In July 2015, the City Council rezoned the property from R-70 to PCD with a stipulation that an approved concept plan should be submitted to the Planning and Zoning Commission within six months.

In January, the applicant submitted an incomplete development plan application, so staff is recommending the PCD zoning be revoked.