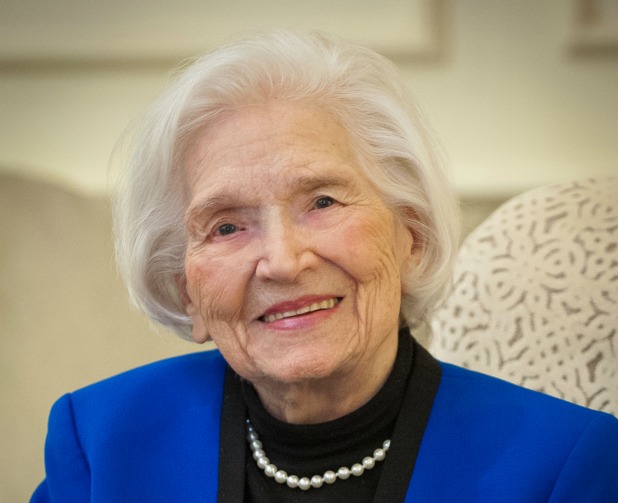 Mildred Clark Sargent, a resident of Azalea Estates in Fayetteville, celebrated her 100th birthday Nov. 7 with family and close friends representing eight states. The celebration included lunch, a video presentation of her life, a birthday card from President and Mrs. Obama, and many stories of her past.

The highlight of the celebration was the release of her newly published poetry book, “Country Girl,” which is an anthology of her writings for the past 90 years.

She was born Nov. 7, 1915, in Atlanta to Sallie Canup Clark and Joseph Cullman Clark. She is the oldest of five children who included Joseph, Margaret, Corbett and Inez. Her father worked as a street car operator and later as a police officer with the Atlanta Police Department. When she was eight, her family moved to a 40-acre farm in Fulton County where life was busy and challenging.

Mildred attended Milton Avenue School, Joseph W. Humphries School, and Fulton High School (graduating as class valedictorian) and graduated with an A.B. degree in English from Agnes Scott College in 1936 where she served as class poet. She continued with graduate work at Emory University, George Washington University, and American University.

Her 39-year career as a U.S. government civil servant began with a temporary summer job in Washington, D.C., and included 20 months in Nuremberg, Germany, where she helped edit and proofread the record of the Nuremberg trials after World War II. Over the course of her career, Mildred worked at proofreading, editing, speech writing, and supervising writing of training manuals and advancement examinations.

She married Major James O’Connor Sargent April 19, 1949. Jim served in the Army Air Corps. Upon his retirement he worked as an author of novels and magazine articles. The couple transferred with Mildred’s job, living in New York, Texas, Washington, D.C., and finally retiring in Pensacola, Fla. Mildred and Jim were active in writing circles and were founding members of the Mystery Writers Club in Washington, D.C.

“Mildred continues to be an inspiration to her family and friends with her positive spirit and encouraging words,” according to a friend.