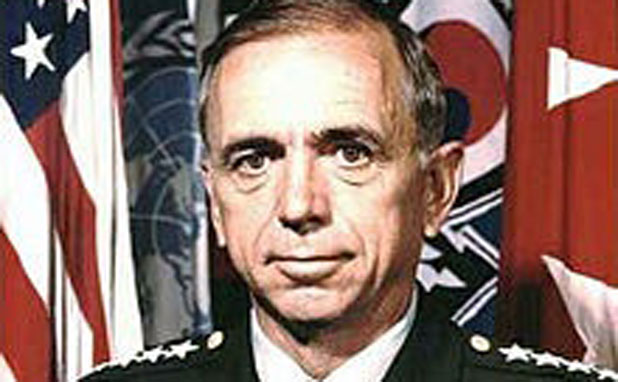 Within a couple of hours, he was handcuffed inside a Fayetteville police unit on his way to be booked into jail on charges ranging from theft of services, two counts of obstruction of officers, simple assault, terroristic threats and acts to robbery, according to magistrate court warrants and police reports. Livsey’s bail bond was set at $12,000. He received medical attention at his home from paramedics after officers arrived at the general’s home. Why the retiree needed paramedics was not disclosed in the warrants.

The Citizen left a voicemail for Chief Scott Pitts, but had not heard from the chief by 6 p.m. Monday. Fayetteville City Manager Ray Gibson said in an email that he would have a statement Tuesday morning “after I get a chance to digest the information.”

The dispute between Gen. Livsey, a widower who lost his wife of 60 years two Julys ago, and the restaurant delivery driver involved payment of $80.60 for the takeout order, according to warrants filed by police.

The paperwork say the general’s debit card was turned down after being called in by the driver, Ryan Irvin. The Royal Chef Chinese restaurant refused to take a personal check, the warrants allege.

What happened then, the warrants allege, was a physical dispute over payment of the bill or return of the food. Livsey assaulted the delivery driver by placing his left hand around the driver’s neck and pushing him against the refrigerator, warrants said. The warrants don’t state whether there were any witnesses to the alleged assault.

Irvin left the Livsey residence without either payment or the food, the warrants allege, resulting in a call to Fayetteville police.

Police arrived and the takeout dispute escalated, resulting in paramedics being called and the retired general handcuffed.

Here’s what the arresting officers said of each of the charges lodged against Livsey.

• Theft of services — Livsey did “… with the intent to avoid payment knowingly obtain services, to wit: $80.60 worth of food, by assaulting the delivery driver, Ryan Irvin, after his debit card was declined. Livsey refused to return the food to Irvin upon request.”

• Simple assault, a misdemeanor — the 84-year-old “did place Officer D. Bell in fear of receiving a violent injury when he did attempt to kick Officer Bell with his left leg as Officer Bell attempted to place him in the back seat of a patrol car.”

• Obstruction of officers — Livsey refused “to allow officers to place him in handcuffs after being treated by paramedics. After being forced into handcuffs, Livsey refused to willingly sit in the back of a police car and had to be forced in by three officers.”

• Another obstruction charge — Livsey did “knowingly and willingly obstruct or hinder Officer A. Dunn in the lawful discharge of his official duties when he did constrict his muscles and refuse to put his hands behind his back while being placed under arrest for robbery.”

• Terroristic threats and acts — Livsey told “Officer D. Bell that he was going to kill him after Officer Bell escorted Livsey into the back of a patrol car.”

• A felony charge of robbery — Livsey “did between 6:45 p.m. and 7 p.m. at [Livsey’s Carriage Chase] residence “commit the offense of robbery when he did obtain $80.60 worth of food, without paying, after assaulting the delivery driver, Ryan Irvin, who delivered said food. Livsey assaulted Irvin by placing his left hand around Irvin’s neck and pushing him against a refrigerator.”

Livsey on Aug. 17 received a $12,000 special conditions bond from the Fayette County Magistrate Court. A condition of the bond required that Livsey enroll in an alcohol abuse treatment program.

In October 2008, Livsey had a portion of Ga. Highway 314 in Fayetteville renamed as the “Gen. Bill Livsey Highway.”

Livsey, who was the Commanding General of the Eighth United States Army in South Korea from 1984 to 1987, was known for publicly carrying a swagger stick that was carved from wood collected at the Korean Demilitarized Zone Axe Murder Incident poplar tree.

In 1953, Livsey served his first combat tour as platoon leader with the 3rd Infantry Division in South Korea. He commanded his first company with the 30th Infantry at Fort Benning, Georgia in 1954. From 1958 to 1961, he served in Germany as a company commander in the 2nd Armored Rifle Battalion, 36th Infantry, 3rd Armored Division. He served his second combat tour in Vietnam from 1967 to 1968 with the 4th Infantry Division as Assistant Chief of Staff, G-3 (Operations), and as the Commander, 2nd Battalion, 35th Infantry of the 3rd Brigade Task Force.

In May 1971, Livsey took command of the 2nd Brigade 4th Infantry Division (Mechanized) at Fort Carson. He later returned to Fort Carson in 1974 to serve as the Assistant Division Commander (Support) and as the Assistant Division Commander (Maneuver) for the 4th ID (M) until June 1976. From July 1977 to May 1979, he was the Commanding General of the Infantry Center and Commandant of the United States Army Infantry School at Fort Benning, Georgia.

Other notable assignments include, I Corps Chief of Staff in Korea, Executive to the Army Chief of Staff in Washington, D.C. and Southeast Asia, staff officer in the Office of Research and Development, and leadership instructor at West Point. 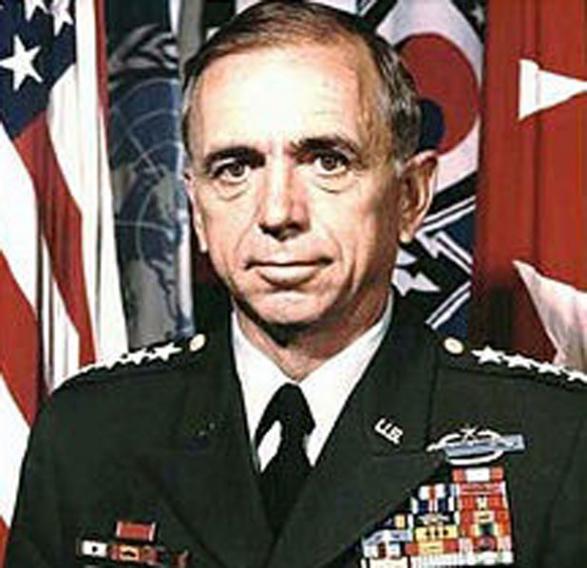