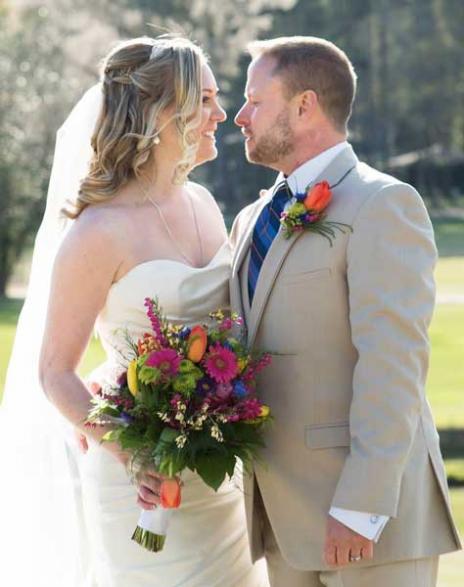 Mr. and Mrs. David McHenry of Peachtree City announce the marriage of their daughter, Jennifer Louise McHenry to Dennis L. Julian.  The wedding and reception took place at the Flat Creek Country Club in Peachtree City on March 28, 2015.

The bride is a 2002 graduate of McIntosh High School in Peachtree City, Ga., Young Harris College, and Georgia Southwestern University. She is currently employed in finance at a major corporation in Atlanta.

The groom is a graduate of Campbell High School in Fairburn, Ga. He is currently employed in finance at a major corporation in Atlanta.

Following their honeymoon at the Sandals Resort in St. Lucia, they returned to Atlanta where they will make their home.