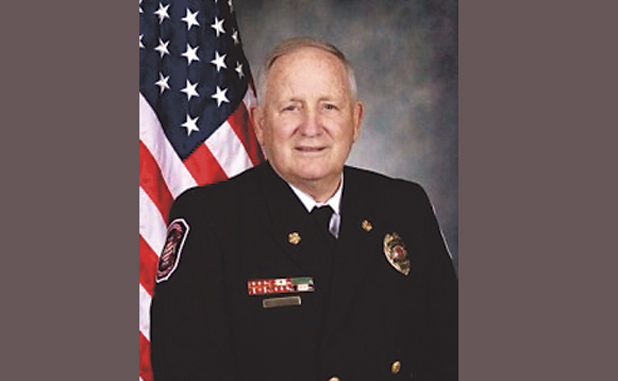 Commissioners on a 3-2 vote agreed to hire former Spalding County Fire Chief Samuel Gardner to be the interim fire chief who will replace Teeters after he retires at the end of the month.

The motion to hire Gardner and eliminate the deputy chief position held by Moore was made by Brooks and seconded by Commissioner Al Smith. With that, commissioners began a discussion that was peppered with emotion and came with little information in terms of rationale for eliminating the deputy chief’s position.

The idea of eliminating the deputy chief’s position appeared to catch some on the commission off-guard. It was obvious that some of the information pertaining to the matter was not being made public.

Brooks said his motion stemmed from a recent meeting that he and Commissioner Bob Blackburn had attended with fire department staff.

Brooks said some firefighters were concerned about a new chief coming from “outside” and preferred that the new fire chief be hired “from within.”

Both Commissioner Tim Lassetter and Commissioner Paul Poole appeared to be taken off-guard by Brooks’ motion, with Lassetter saying it was a surprise.

“I hate that two commissioners were able to go to a meeting that (the other) three couldn’t attend,” Lassetter said, adding that the remaining three commissioners should be able to speak with firefighters to get their perspective on the issue.

Asked by Lassiter why he wanted to eliminate the deputy chief position, Brooks said only that “by the employment policy the deputy chief (presumably in reference to Moore) is not qualified to be chief. That’s our policy.”

County Administrator Michael Fouts during the discussion said staff had recommend hiring an interim chief from outside the fire department, adding that he believed internal candidates would apply for the fire department’s lead position.

Fouts after the meeting said Gardner wants to retire after serving in the interim position and “does not want to be the chief.”

As for Moore and what position he would hold in the department, Fouts said that decision would be forthcoming.

Brooks later amended his motion to give county staff the authority to change the structure once the interim chief assumes responsibility for the department next week.

Assistant County Administrator Kelly Mickle suggested that staff be able to assess the elimination of the deputy chief position since the position is part of the organizational structure within the personnel management system.

Her suggestion gained no traction during the discussion.

County attorney Nathan Lee also appeared to be caught off-guard with the proceedings.

“This is the first time this has happened,” Lee said of the motion to eliminate the deputy chief position. “This is usually brought to (commissioners) by (staff), not the other way around.”

Lee said he needed time to review the issue before making a recommendation. Lee said he would report back to the commission regardless the outcome of the vote.

At the end of the discussion the motion held and was approved on a 3-2 vote, with Brooks, Smith and Blackburn in favor and Poole and Lassetter opposed.

Gardner, who also served on the Spalding County Commission, will move into the interim position next week, at the same time that the Coweta County Fire Department will assume EMS services in place of American Medical Response. Coweta for years has contracted for EMS services but opted recently to bring those services in-house.

Teeters was hired from outside the county six years ago to serve as fire chief.