Sany America is celebrating the completion of its first excavator at its North American headquarters in Peachtree City.

At a ceremony Monday, the 21.5-ton SY215 rolled off the assembly line at 3:18 p.m. with Sany personnel and Peachtree City Mayor Don Haddix in attendance.

Sany President Jack Tang noted that the SY215 is “tailored to the demands of American operators and it’s assembled right here in the U.S.“

The company’s excavator team welcomed the new unit with enthusiasm as music accompanied the excavator rolling off the assembly line.

“This is a wonderful day for us,” said Tang. “We have worked hard to make this day a reality and we are looking forward to ramping up our assembly lines.”

Haddix commended Sany on the occasion.

“Sany America has made a tremendous contribution to our city and country,” Haddix said. “While so many companies have chosen to outsource production overseas, Sany is one of the few who have brought their manufacturing to the U.S. and we are honored to have them here in Peachtree City.”

Last fall, Sany announced it will build a $25 million research and development center adjacent to its 400,000 sq. ft. corporate headquarters and manufacturing facility. Once finished, the site will employ 300 hydraulic and mechanical engineers.

Sany has spent about $60 million on the site so far. 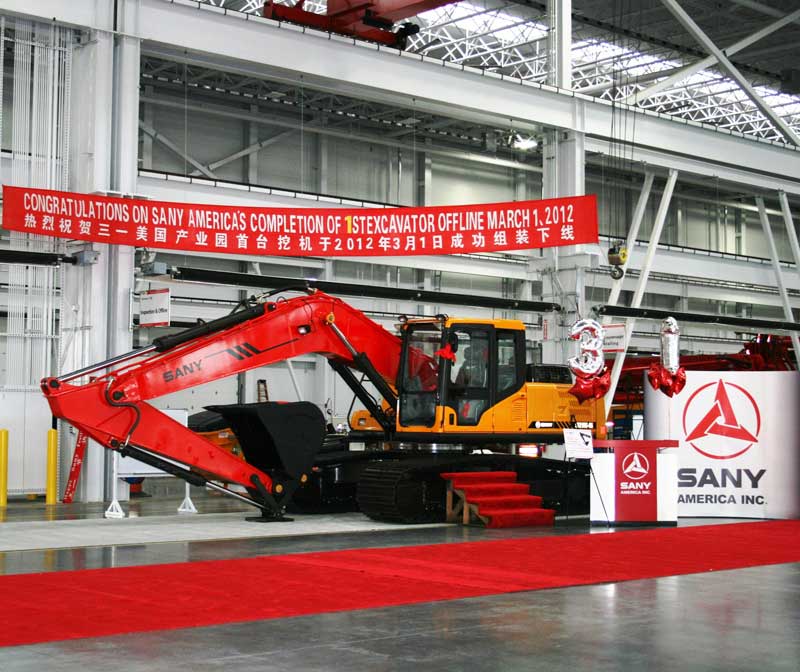