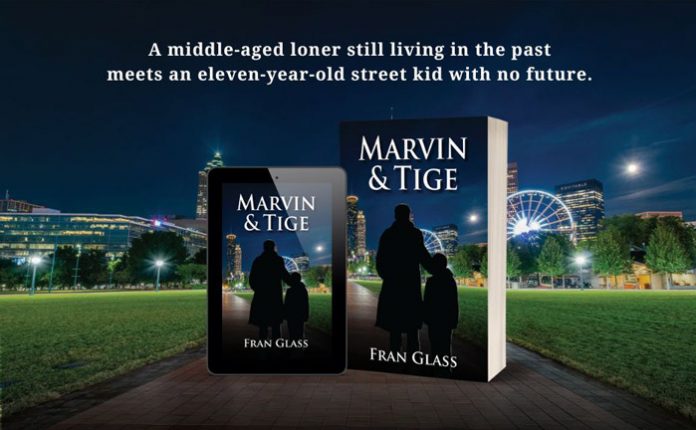 Once a successful advertising sales rep, Marvin Stewart is now a part-time handyman with a mild drinking problem. Tige Jackson is an impoverished 11-year-old living on the streets of Atlanta, reeling from a personal tragedy. The two are drawn together out of compassion and necessity. 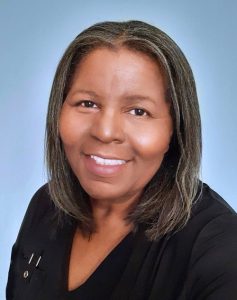 Fran Glass, a previous employee of The Citizen newspapers, was born and raised in Atlanta, GA. She wrote her novel, Marvin and Tige when she was only 19 years old. Believing that her manuscript was good enough to be published, she began the querying process to find a likely publisher. Fortunately, her novel reached the desk of an editor, who helped her get an agent and a book deal. The first edition of Marvin and Tige was printed in 1977 and later published in several countries and languages. It earned the author the Coretta Scott King Book Award for Excellence in Creative Writing. In 1983, it was turned into a movie starring John Cassavetes and Billy Dee Williams.

Fran’s desire to write waned over the years as her interest in graphic art and computer graphics grew. She spent most of her career as a graphic artist, working in the newspaper and magazine publishing fields. She spent 14 years at The Citizen newspapers, and now works as a graphic artist and web developer for the digital marketing company Country Fried Creative.

Since the novel had been out of print for decades, Fran decided to make it available as an e-book. While preparing for publication, she added new scenes and dialogue to enhance the original story and make it more contemporary. The novel is now available in both e-book and paperback formats through Amazon.com. The paperback can also be ordered through Barnes & Noble.

Check out the exclusive excerpt below:

“Hey, where are you going?” Marvin called to Tige as he walked past the sandwich shop. “This is the place.”
The boy did an about-face as Marvin opened the door and allowed him to enter first. They stood in line behind three other people and waited their turn to order.
“Have an idea what you’d like to eat?” asked Marvin while looking up at the menu behind the counter.
Tige shrugged. “They sell hamburgers here?”
“Everything but. You have your choice of meats; roast beef, ham, turkey, or chicken. What’s your favorite?”
“They got chicken fingers?”
Marvin did a quick scan of the menu and nodded. “Yeah, chicken tenders. What else?”
Checking out the food some of the other patrons were enjoying, Tige replied, “Large french fries, a orange drink, and a chocolate chip cookie.”
Marvin grinned. “I see your appetite’s back.”
“I ain’t had nothing to eat today.”
“In that case, whatever you like then.”
After receiving their food, they settled down at a table along the window side of the restaurant. Tige dug into his meal with gusto, and only after satisfying his initial hunger and thirst did he take a breather long enough for conversation.
“So, like you was saying about you changing. You used to be something better than what you is now, right? How come you changed for the worse?”
“I’m afraid that’s rather a long story to tell.”
Tige propped his elbows on the table and fixed a steady gaze on Marvin. “I ain’t in no hurry. I got loads of time,” he said. “Hey, you ain’t from Atlanta, is you?”
“No, I’m from a little ways up north, Chicago.”
“I hear that’s a cool place. Why’d you leave?”
“Too many memories there. That’s where I was born and went to school; where I met my wife and we raised a family.”
“They all dead or something?”
“No. My wife passed away about eight years ago, but the kids are alive and well.”
“How many you got?” Tige asked casually, then went back to attacking his food.
“Three. Two boys and a girl. Charlotte is a graphic artist, Keith is a chiropractor, and Daniel wants to be a rock star.”
“They live in Atlanta too?”
“No, they’ve all gone their separate ways. I haven’t seen them in person in years.”
“Why not? You don’t like them? Or they don’t like you?”
“I happen to love my kids very much, and I believe they feel the same way about me. However, since my wife passed… let’s just say that she was the glue that held the family together, and without her….” Marvin left the words unspoken as he took a bite of his food.
“So why you pick Atlanta to move to?”
The kid was full of questions and was patient enough to let Marvin chew his food and take a sip of soda before expecting a response.
“My company sent me here to work at its Georgia branch. It’s an advertising firm. I was pretty hot stuff back then. They liked me because I was so good at sealing the deals. It was a hassle though, really. Eventually, I got frustrated with the whole nine-to-five gig. Getting up at six to fight the traffic to make it to work on time, filling out reports, business luncheons, trying to impress some fat cat loaded with money, and the boss always wanting more than he’s paying for. ‘Let Stewart handle this, let Stewart take care of that.’ I got fed up with all of it. At least before, I had a reason to go through all that. I had a family to support, but now there’s just me. And one day, when my alarm clock didn’t go off, and I was two hours late for work, I said to myself, so what? I never needed that much money to live off of anyway. All I needed was a roof over my head and enough for food. So I sold my car and my golf clubs and I got out of that rat race. I don’t even miss it any. I’m satisfied living simple and being my own boss.”
“Sounds pretty stupid to me,” said Tige as he completed his meal. “But I guess I’d have to have something to know what it’s like not to want it no more.” Tige slurped up the last of his drink, then secured the open-ended package of his chocolate chip cookie and pocketed it to save for later. “I’m ready to go.”
Marvin still had several bites remaining on his roast beef sandwich. “Where are you headed now?” he asked before taking another bite.
“I don’t know. Just around, I guess. You going back to playing blind man’s bluff?”
“No. I have some odd jobs to do today. I have a little yard work and some painting I have to do for a lady. It will probably take me the rest of the day. I could finish sooner if I had a little help. I’ll pay you a fair percentage of what I make.”
Tige stood, stuck his hands in his pockets and shook his head. “I don’t feel much like working. Think I’ll just do some more walking,” he said as he began to drift away from the table.
“Tige,” Marvin called to him before he got too far away.
“Yeah?”
“If you need somewhere to stay tonight, I hate to think of you out there with no place to go.”
“I can take care of myself.”
“I’m sure you can. Well, see you around then.”

Read more about the author on her website, franglass.com