Fayette County’s 24 public schools recorded big drops in both new infections and resulting quarantines that had sidelined students, teachers and staff members, according to the system’s Friday Covid-19 report.

The schools’ infections numbers dropped 35%, while the resulting quarantine numbers declined 87%, the report showed. All Fayette public schools were under a mask mandate for 4 days last week. The face covering will remain mandatory through Sept. 17.

Schools recorded 174 confirmed infections from Aug. 21 through Aug. 27 — 156 students and 18 teachers and staff members. That’s down from the previous week’s report of 242 students and 24 staffers infected.

The most dramatic change was in numbers of people forced to go home to quarantine. The previous week’s quarantine contingent was 737. That dropped a whopping 642 sidelined persons week to week: 737 quarantined the previous week, but 95 in quarantine last week. That alone puts a lot more people back in classrooms.

The figures also provide fresh fodder for debates about mandatory versus optional wearing of face coverings — a debate that resulted in a large crowd of citizens at the Aug. 23 Board of Education meeting.

Across Fayette County, since Aug. 20, test-confirmed Covid cases have increased by 504, according to the Georgia Department of Public Health. Also since Aug. 20, 5 more Covid fatalities were recorded among Fayette residents.

Perhaps the most worrisome statistic of all is this: 50 Fayette residents with Covid have been admitted to already crowded hospitals since Aug. 20. During the week a small contingent of Georgia National Guard medical professionals were deployed to Piedmont Fayette Hospital to give some relief to the doctors, nurses and medical technicians already working flat out.

The charts below show the trends. Aug. 27 marked the new peak in the pandemic for new cases in Fayette. The previous peak of cases in Fayette occurred Jan. 14, 2021, when the 7-day moving average of new cases hit 56.1 per day. The new peak now is Aug. 27, 2021, with a 7-day moving average of 61.6 per day. Officially, the current delta-driven surge of new cases — almost exclusively among unvaccinated persons — has now exceeded all previous surges since March 2020. 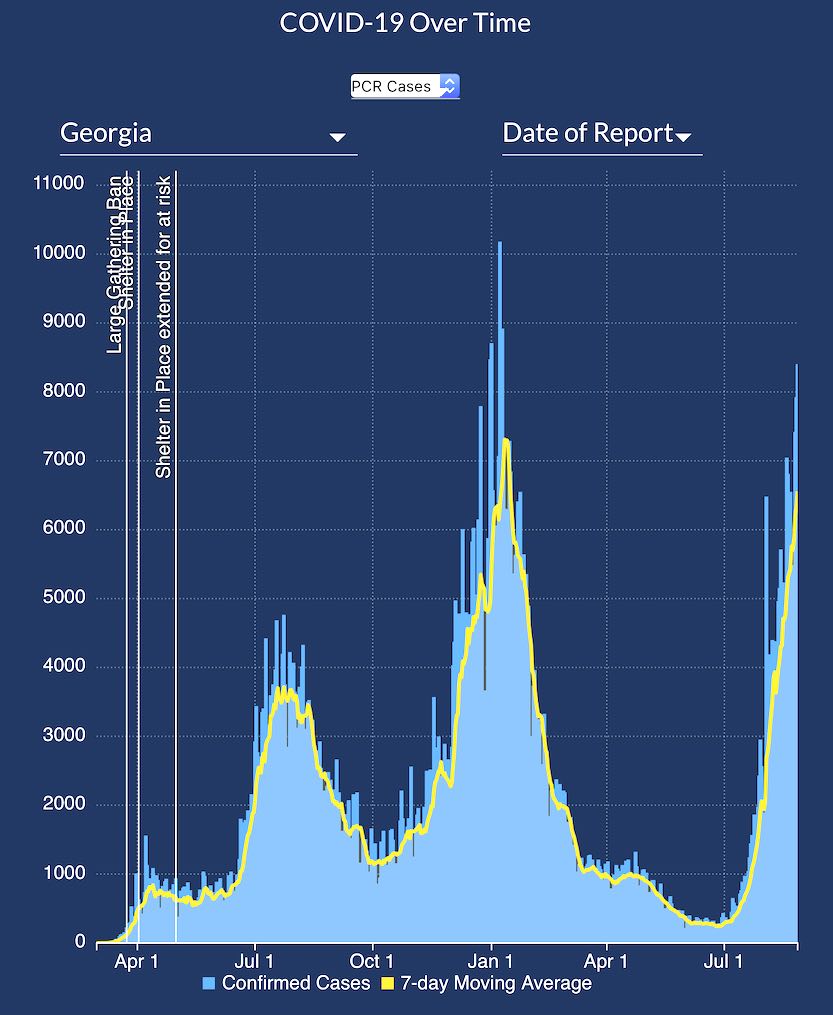 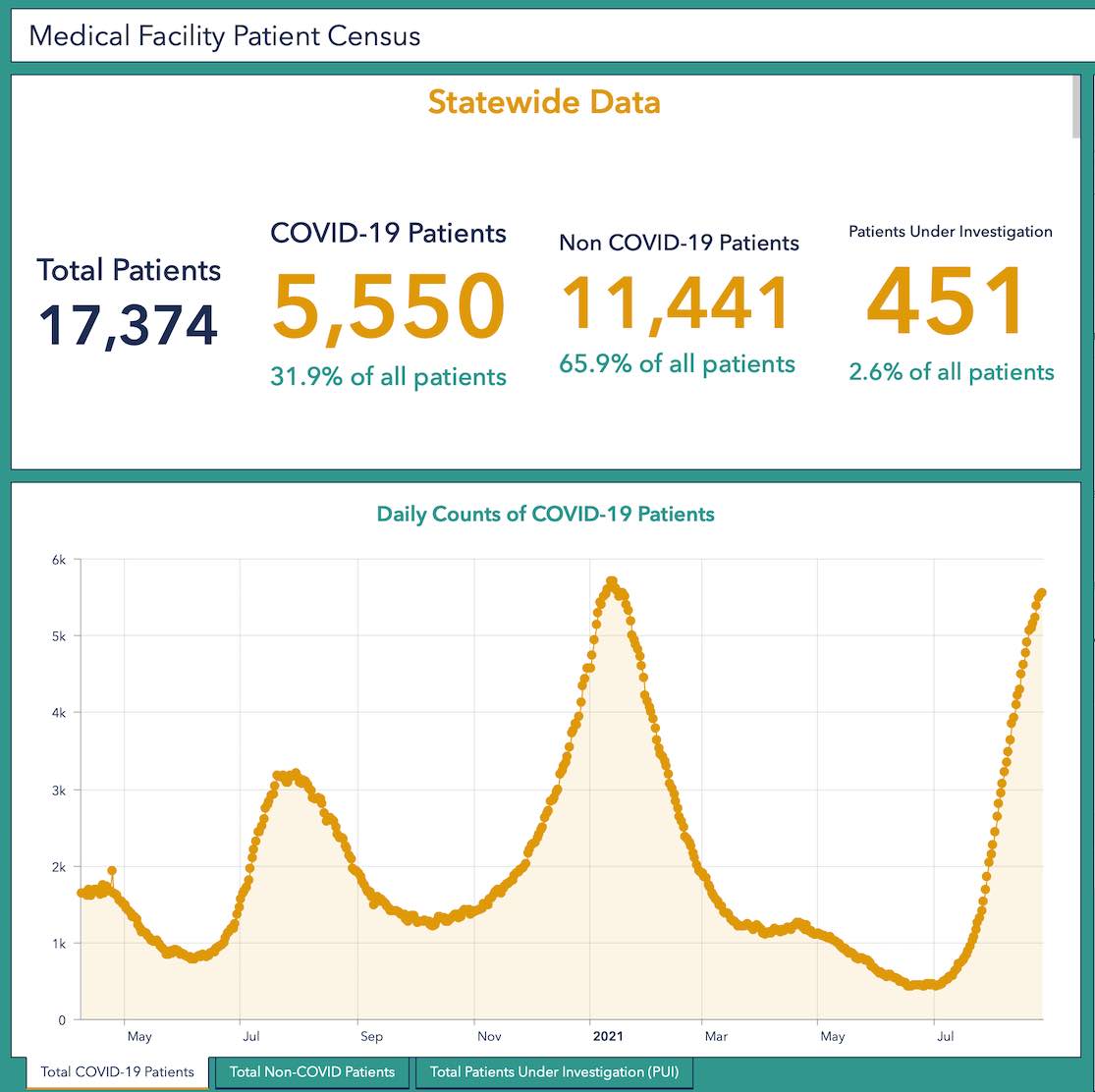 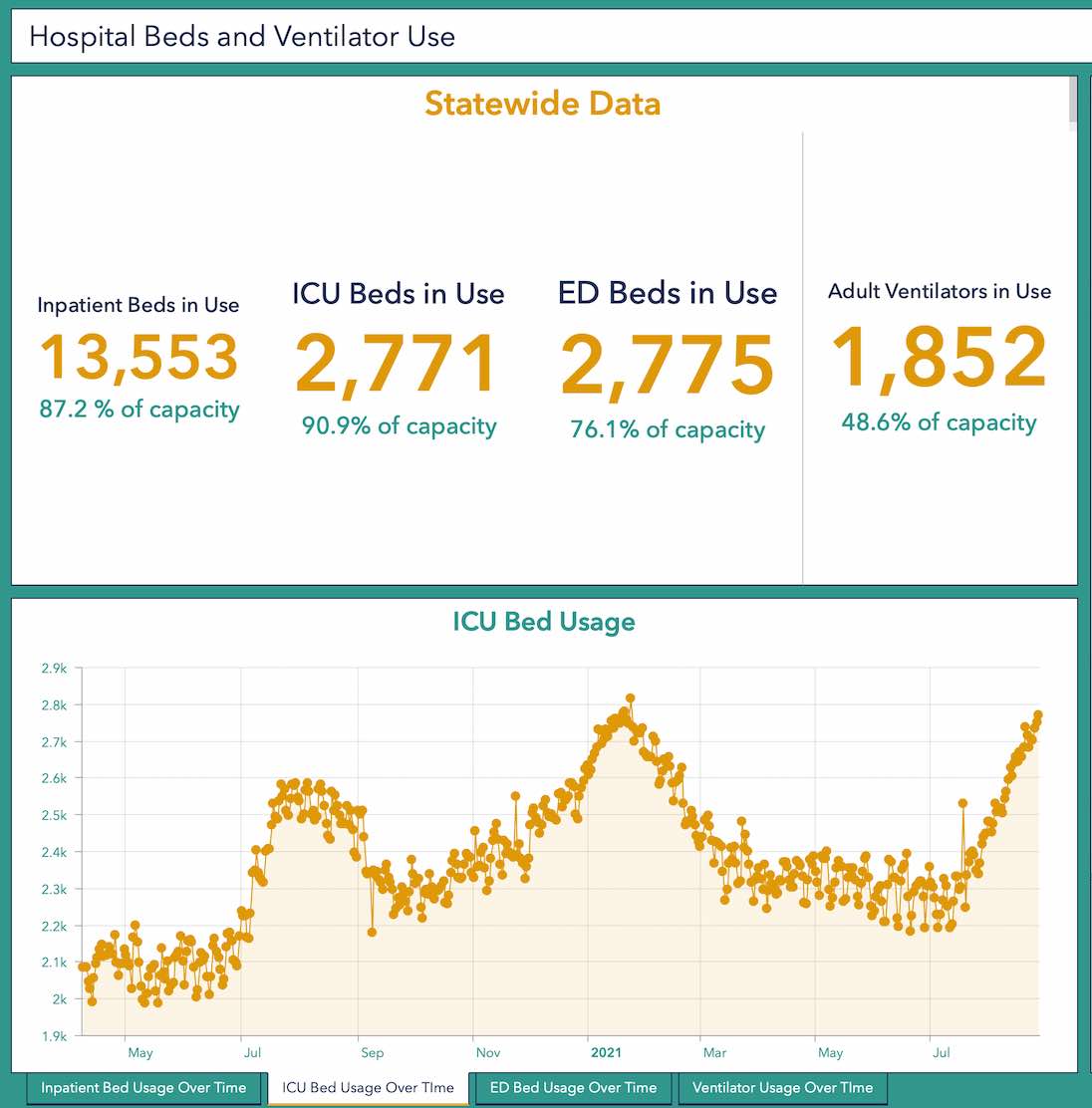