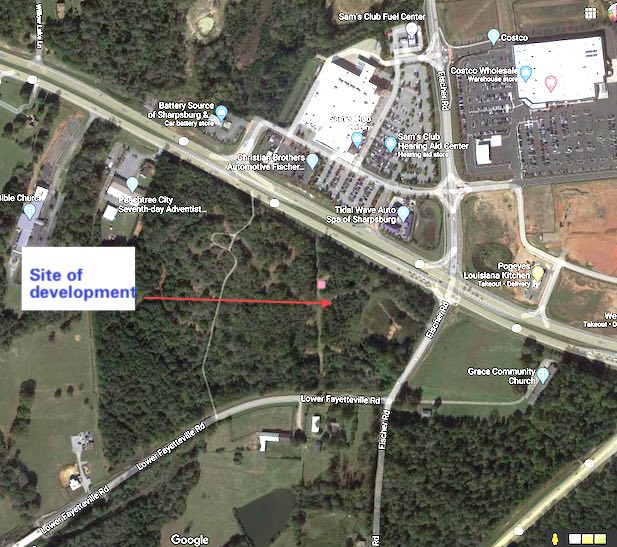 The transportation portion of the development agreement that will establish an office and retail presence on the southwest corner of the Fischer Crossings development in east Coweta County was approved Aug. 4 by the Coweta County Commission.

Long-time residents of Fayette County will know the southwest corner of Fischer Road and Hwy. 34 as the former home of Rare Plants.

County plans call for Lower Fayetteville Road, which parallels Hwy. 34 to the south, to be realigned so that is forms an arc when intersecting with Fischer Road and wrapping north toward Hwy. 34, rather than remaining in its current configuration where it intersects at a 90-degree angle.

The developer will pay the cost of the roadway improvement.

“It’s very seldom that a developer does this,” said Coweta Commissioner Paul Poole.

Approved last year for development on approximately 29 acres, developer Matt Boone on Aug. 13 said the current outlook is to include approximately 50,000 sq. ft. of medical office, with the balance coming primarily in the form of retail uses.

Boone said the land disturbance permit could be acquired in the next couple of months.