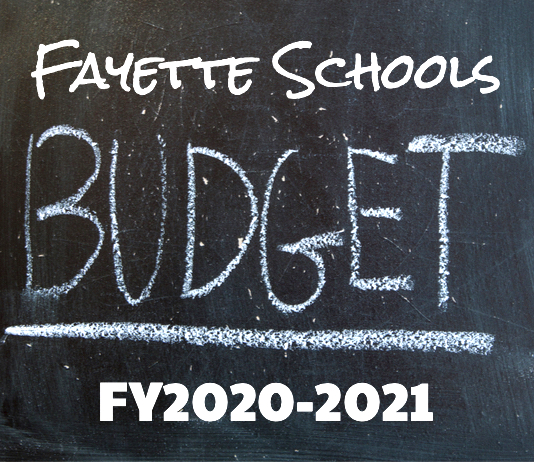 The Fayette County Board of Education on July 20 adopted a $228.84 million tentative General Fund budget for the 2020-2021 school year. The formal adoption will occur on Aug. 10.

Though expenditures are set at $228.84 million, revenues tallied at $218.7 million, which included a $10 decrease from the state due to budget reductions in the face of the Covid-19 pandemic. That amount will be made up by using $10.2 million from the school system’s fund balance (reserves).

In terms of revenues for FY 2021, state QBE (quality basic education) funding, which is essentially the amount a school system receives per student attending, increased by $2.7 million due to an increase in the number of students during the past year. The student enrollment number has been inching up for the past few years.

In total, QBE funding for FY 2021 totals $101 million., while property taxes and motor vehicle taxes total approximately $116 million. The difference in revenues and expenditures was made up by using the fund balance (reserves).

Noted in the budget presentation were the salary and benefits of starting teachers, those with eight years experience and those with 20 years.

The school board will hold a second public hearing and adopt the budget on Aug. 10.