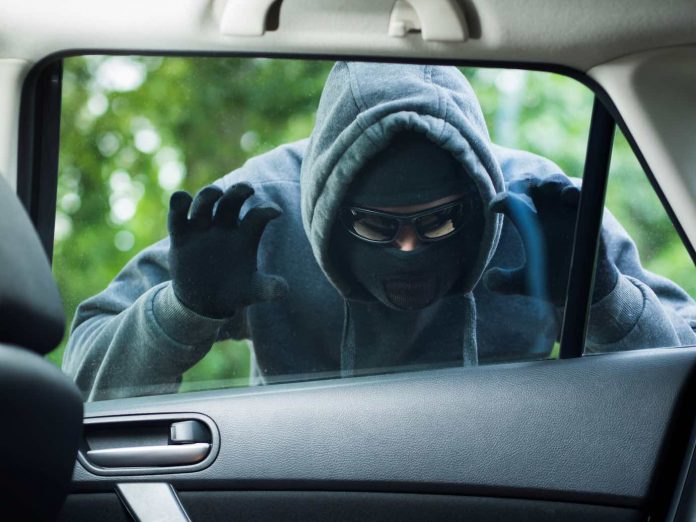 A rash of entering auto incidents in Fayetteville on March 24 appeared to be the work of four men who entered 17 unlocked vehicles at the Cobblestone Apartments and at nearby single-family homes near Ga. Highway 54 East.

Fayetteville Police Department spokesperson Ann Marie Burdett said it appeared that four unidentified individuals between 2 a.m. and 5:10 a.m. on March 24 were pulling on vehicle door handles at the locations.

The subjects entered approximately 17 unlocked vehicles, rummaged through them and took loose change found in the vehicles, Burdett said, adding that there was no damage to the vehicles.

Burdett said one the vehicles entered, a white Ford F250 pickup had the keys inside and was stolen. She said the vehicle’s owner awoke to the sound of the engine starting and observed what appeared to be a young black male hunched down in the back of the truck.

The truck was located and the investigation is pending surrounding its retrieval, Burdett said.

Law enforcement always reminds residents to keep their vehicles locked at home and in the community.

In unincorporated Fayette County, a dirt bike was stolen March 24 after a man selling the bike met a potential buyer in the parking lot at Our Lady of Mercy High School on Ga. Highway 279.

Sheriff Barry Babb said the owner originally met the buyer on Old National Highway and arranged to meet him at the school to purchase the bike.

The buyer, a heavy-set black male approximately 5’8′ in height, arrived with a woman and took the bike for the test drive, but did not return, Babb said.

Also in unincorporated Fayette, forced entry was made through the window of a vehicle at a Redwine Road residence on March 24. Babb said two handguns were stolen.