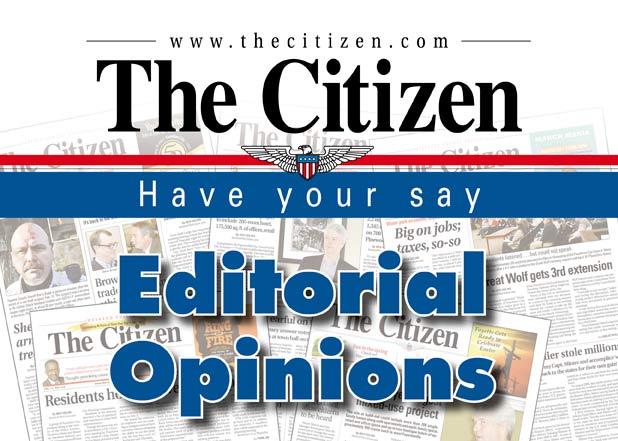 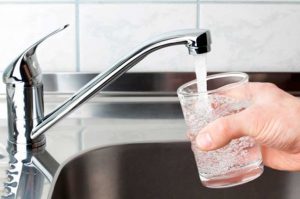 OPINION — For the past several years the Fayette County Commission in its annual legislative requests to the Georgia General Assembly has included one that would have the state law mandating the fluoridation of public water supplies changed. Given recent and ongoing research, it appears that commissioners were ahead of the curve in attempting to protect the citizens of Fayette County and Georgia.

The attempts by some in the community to end mandatory fluoridation is nothing new. Given some of the more recent and past research results, which are equally damning, this reporter sent a letter to Gov. Brian Kemp and state House Speaker David Ralston asking their response on repealing the decades-old state mandate to fluoridate city and county

The letter was sent on Sept. 19. To date, there has been no response.

The letter in its entirety is provided below:

My name is Ben Nelms. I am a reporter with The Citizen in Fayetteville, Ga.

Those of us who look at the fluoridation issue are well-versed in the claims by CDC and ADA (American Dental Assoc.) on the merits of fluoridation. Yet it is also CDC that reported some years ago that approximately 40 percent of teenagers in the U.S. suffer from dental fluorosis (an excess of fluoride). The reason for that is simple – fluoride bioaccumulates in the teeth, also the skeletal system, the thyroid gland and the pineal gland in the brains of children and adults. Yet the only place that bioaccumulation is visible in the teeth.

Those of us who have spent hundreds of hours researching fluoride and its introduction into the U.S. water supply (not to mention its inclusion in the endless products being ingested by consumers) have come away with a very different view of the chemical element fluorine.

I could go on forever supplying you with endless studies showing the dangers of fluoride, to the young and old. Instead, I’ll cite, with links, the results of three studies.

While reviewing the citations below, please keep in mind that, in 2016, Georgia was the 7th most fluoridated state in the U.S., with fluoridation occurring in 96.3 percent of the population through community water supplies, and with 9.552 million people drinking fluoridated water.

An August 2019 article from JAMA (Journal of the American Medical Assoc.) Pediatrics (https://jamanetwork.com/journals/jamapediatrics/fullarticle/2748634), reported on a Canadian study that found “higher levels of fluoride exposure during pregnancy were associated with lower IQ scores in children measured at age 3 to 4 years. Fluoride crosses the placenta and enters the fetus.”

Sirs, even those yet to be born, which Georgia holds in high regard, are not free from the effects of this chemical toxin required by state law to be included in municipal drinking water. State law aims to protect life in the womb, while another state law requires that the unborn be subjected to a developmental neurotoxin, the effects of which will linger throughout life.

A 2012 meta-analysis by researchers from Harvard School of Public Health (HSPH) and China Medical University in Shenyang (and published in Environmental Health Perspectives, July 2012) for the first time combined 27 studies and found strong indications that fluoride may adversely affect cognitive development in children.

The results of the meta-analysis can be viewed at https://www.hsph.harvard.edu/news/features/fluoride-childrens-health-grandjean-choi/

Based on the meta-analysis, the article noted that, “The average loss in IQ was reported as a standardized weighted mean difference of 0.45, which would be approximately equivalent to 7 IQ points for commonly used IQ scores with a standard deviation of 15.  Some studies suggested that even slightly increased fluoride exposure could be toxic to the brain.”

“Fluoride seems to fit in with lead, mercury, and other poisons that cause chemical brain drain,” said HSPH adjunct professor Phillipe Grandjean. “The effect of each toxicant may seem small, but the combined damage on a population scale can be serious, especially because the brain power of the next generation is crucial to all of us.”

The findings of the meta-analysis mirror those of other studies over the years which concluded that consumption of fluoride by children can lead to a loss of 7-10 IQ points.

Additionally, the often-touted claim that countries that fluoridate its water supply have better results in preventing dental caries than those that don’t, does not hold up: again from Harvard – this can be viewed at https://www.hsph.harvard.edu/magazine/magazine_article/fluoridated-drinking-water/

This report, taken from the June 2015 publication by the Cochrane Collaboration, also noted Cochrane’s comments on the early scientific research into fluoride and that 97 percent of those studies were deeply flawed.

I doubt most Georgia citizens, and most in the General Assembly, even know where the fluoride in drinking water originates. Even the pro-fluoride Campaign for Dental Health organization noted, “The fluoride used to fortify our water supplies is a byproduct of phosphate rock processed for other purposes.”  https://ilikemyteeth.org/fluoride-from/

The fluoride used in treating our water supplies is not pharmaceutical grade, it is not reagent grade. It is industrial grade only. Beyond that, China today is also a source for fluoride added to some U.S. drinking water.

You might remember the decades required to prove the dangerous effects of lead, mercury, asbestos and tobacco, and time required to change laws to protect citizens. All along, the scientific and corporate proponents of these substances insisted they were safe. Fluoride sits in that camp, with the difference being that it gained rapid endorsement by ADA a half-century ago. Today, now decades later, a large volume of research has shown that the endorsement was lacking in sufficient evidence.

The CDC has long-noted that fluoride has a topical effect (on teeth) but has NO systemic effect on “treating” dental caries. That, of course, begs the question – since we swallow the water we drink, then what is the purpose of having nearly all the fluoridated water we consume going straight into the body and its systems, for which there is no treatment effect?

To clear up any misconception about fluoride not being a drug – Congressman Ken Calvert (Subcommittee on Energy and Environment – Committee on Science) in May 2000 asked federal Health and Human Services (HHS), “If health claims are made for fluoride-containing products (e.g., that they reduce dental caries incidence or reduce pathology from osteoporosis), do such claims mandate that the fluoride-containing product be considered a drug, and thus subject the product to applicable regulatory controls?”
The response from then-HHS Associate Commissioner for Legislation Melinda K. Plaisier in a Dec. 21, 2000 letter responded, “Fluoride, when used in the diagnosis, cure, mitigation, treatment, or prevention of disease in man or animal, is a drug that is subject to Food and Drug Administration (FDA) regulation.” ( http://www.fluoridealert.org/wp-content/uploads/fluoride_drug.pdf)

Finally sirs, given the effects of fluoride on lowering IQ, what we are literally seeing (and even in the womb) is a dumbing-down of our citizens. And, to date, Georgia is one of the worst offenders in the U.S. This needs to stop.

In closing let me reiterate that I am a citizen of Georgia, as is one of my children and my three grandchildren.

I object to the need to spend significant personal money to filter the fluoride out of the household water coming from of my local water system.

And I object to the citizens of Georgia, born and unborn, being subjected to the effects of a neurotoxin required by law to be included in the very water needed to sustain life.

I await your response on your position on repealing the state law on mandatory fluoridation.

[Ben Nelms has been writing for The Citizen since 2005.]