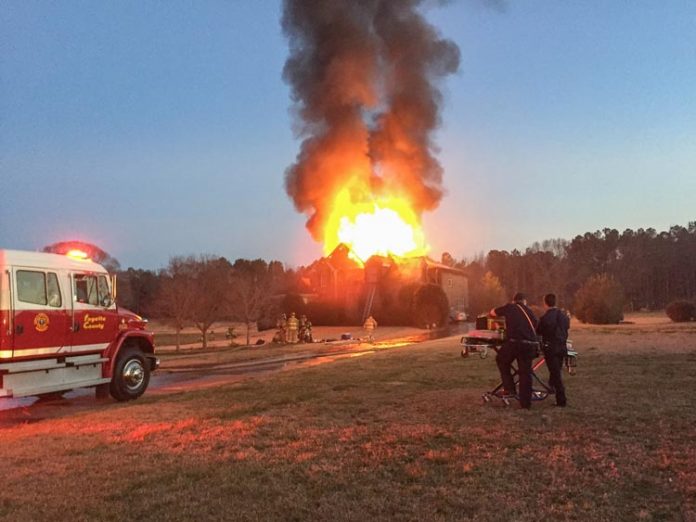 Fayette County firefighters were busy on Feb. 21, responding to house fires in south Fayette and on Tyrone Road.

Firefighters were dispatched to the first fire on Feb. 21 at Riveroak Drive off Ga. Highway 92 South near Woolsey. Units arrived to find heavy fire involvement in the garage, with the fire extending to the interior and the attic, said Deputy Fire Chief Tom Bartlett.

Bartlett said the home is considered a total loss.

A second fire at 554 Tyrone Road was reported at approximately 7 p.m. Bartlett said the blaze began when stove top cooking was occurring, then spread to the kitchen cabinets and to the rest of the home.

Bartlett said the home suffered moderate damage, adding that there were no injuries.

Bartlett said units from the Fayetteville Fire Department responded to the fire.