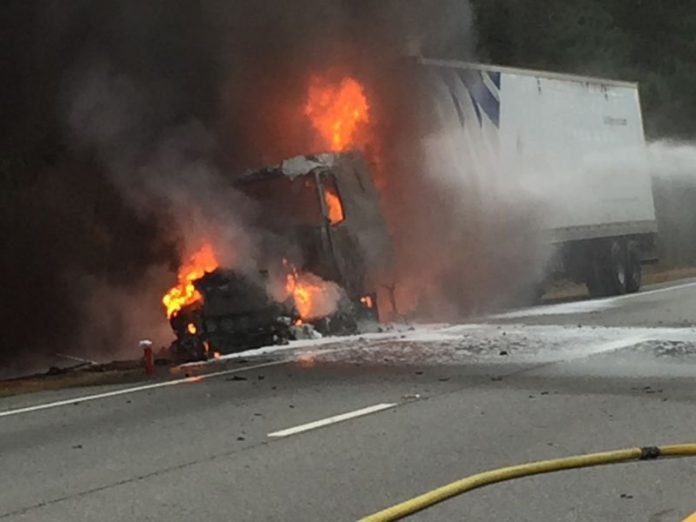 The northbound lanes of Ga. Highway 74 at Tyrone Road in Tyrone were blocked Tuesday morning at 8:48 a.m. due to a vehicle fire. Photo/Fayette County Fire Department.

A semi caught fire after 8 a.m. on Feb. 20 near the intersection of Ga. Highway 74 and Tyrone Road in Tyrone. There were no injuries in the accident that blocked the northbound lanes.

Deputy Fire Chief Tom Bartlett said a mechanical failure in the engine compartment caused the blaze that resulted in the northbound lanes being blocked. One lane was re-opened by 9:40 a.m., with the other lane expected to be re-open approximately one hour later.

There were no injuries in the fire, Bartlett said.

Bartlett said the truck was carrying rolled paper, though most of the fire was contained in the engine and cab areas.